SAG-AFTRA Website takes bite out of story by Whitewashing!!!! 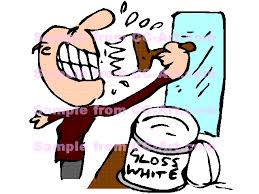 The following article is currently on our SAG-AFTRA Website:
————
Los Angeles (Oct. 7, 2013) –– A Federal Court Judge today granted in full a SAG-AFTRA motion to dismiss the vast majority of the plaintiff’s complaint in the Asner v. SAG-AFTRA matter.

SAG-AFTRA counsel Bob Bush of Bush Gottlieb, said, “We applaud the judge’s action today. We basically got everything we asked for and the vast bulk of the plaintiff’s frivolous complaint has been dismissed, as it should have been.”

SAG-AFTRA Chief Administrative Officer and General Counsel Duncan Crabtree-Ireland said, “We’re very pleased the court granted our motion dismissing a vast swath of the complaint.  Regrettably, it appears that the plaintiffs may choose to litigate the remnants of their complaint resulting in continued unnecessary expenditure of member dues money to defend against this frivolous action.”

As to the possibility of plaintiff’s continuing litigation, Bush said, “I don’t understand why the plaintiffs would continue with this litigation since we have been more than willing to provide full transparency regarding information requests.”

Crabtree-Ireland added, “In addition to our more than 1,000 pages of annual disclosure documents available on line to anyone, we have and continue to maintain a policy of responsiveness to legitimate member requests for information.

“SAG-AFTRA remains focused on collection and distribution of foreign royalties and distribution of unclaimed residuals, programs of which we are justifiably proud. Over the last six years we have distributed more than $17.5 million in foreign royalties to SAG-AFTRA members – including most of the plaintiffs — money that would have been lost to them forever had we not taken action.”

The SAG-AFTRA foreign royalties program is a result of laws in other countries, which were adopted in the 1980s. Those laws provide for payments to artists in audiovisual works to compensate for private copying (home taping), cable retransmissions, video rentals and other uses of such works.

Hmmm…did you notice one name absent from the above (staff-censored) article.  Check the articles below from Variety, The Hollywood Reporter, and Deadline Hollywood.  Hmmm again…let’s just say, it’s just another current leadership WHITEWASH! 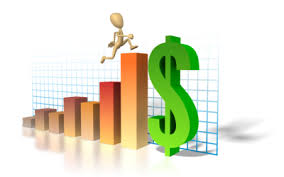 According to The 2013 LM-2 filed with the DOL,  SAG-AFTRA’s National Executive Director David White is making over a cool $$$ HALF-MILLION DOLLARS in salary!!!   In bold, his annual salary, expenses, and total of both $575,795!

But this don’t mean others ain’t doing well!

For the complete LM-2 report go to the following site. Click View Union Report.  Then, where requested,  type in file number 000391 and follow instructions.    http://www.dol.gov/olms/           For PDF file click the followin link.

$575  Grand!!!   It’s good to be the NED!  Hell, it ain’t bad being The Senor Adviser or Chief Administrative Officer.  For PDF file click

It’s a question a lot of SAG/AFTRA members are asking.  After all the last time I checked,  it is the membership that is paying it.

As far as I know, this is the first time,  this has happened!  But, then we have entered a new era, where members no longer vote directly on issues that concern them. Well, as the old saying goes “They can run but they can’t hide!”  The mystery will be revealed when an LM-2 is filed  later this year. This from 2011,

Hmmmm…as members are asked to “tighten their belts” what do you want to bet our E.D. will be “letting his out.”