ONE Report on Open SAG-AFTRA board meeting! 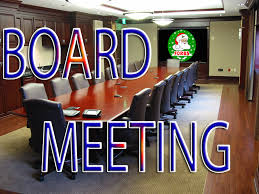 “Trey King Just back from the Los Angeles open board meeting. SAG members, YOU HAVE BEEN ROYALLY  *****D!  Say goodbye to residuals… the door is open for CHARGING YOUR ESTATE A PROCESSING FEE… at Convention, they voted down a RESOLUTION THAT WOULD REQUIRE ELECTIONS BE OBSERVED BY OUTSIDE THIRD PARTY MONITORS… Yeah buddy, YOUR UNION TAKING CARE OF YOU… oh oh… almost forgot,  AFTRA H&R was given instructions to be more kind to the members. AND FINALLY, REST ASSURED, THEY ARE WORKING TOWARD A PLAN TO ADDRESS THE PENSION ISSUE… they just want you to know they are working on it… also that everything is being done to show members why their residuals processing is so slow and will remain so… Cagney is truly spinning in his grave tonight…”
_____

I Don’t know if Mr. Cagney is spinning in his grave, but, but, but I do
know that after waiting this long after the meeting of Oct,, 28th, the above is the
only info I could get concerning that meeting is the above.  Nothing from
the SAG/AFTRA Website, the trades or the entire internet.

Gee, it’s too bad that in this day and age, our current leadership
couldn’t broadcast such meetings on the internet so that many more
members could participate.  Huh?  They could!  Well, then why don’t
they?

PS:  Anyone who attended the meeting.  Please feel free to post your take on what happened, 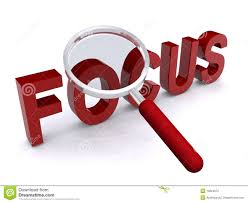 A year and a half after its creation, SAG-AFTRA is showcasing high-profile support at its first-ever convention at the JW Marriott Hotel in downtown Los Angeles.

The five-day event, which launches with a welcome reception for more than 350 delegates Wednesday night (9/25/2013) with  Los Angeles Mayor Eric Garcetti (pictured above) attending, may also provide clues as to how the union deals with key issues such as its own finances and upcoming negotiations.

The union’s elected leaders have shown little deviation so far from the moderate, non-confrontational course espoused by SAG and AFTRA in recent years.

The convention will also see the final component of the union’s new governance structure with delegates to create the 80-member national board, including an exec VP contest between Gabrielle Carteris of Los Angeles and Mike Hodge of New York. Seven other VPs will also be elected.

Most of the board was elected last month, including president Ken Howard, who fended off a challenge from Esai Morales.

The convention concludes Sunday and the new national board, representing 165,000 members, meets Monday for the first time.

The first SAG-AFTRA board, created following the March, 2012, has not yet achieved one of its key goals — uniting the separate SAG and AFTRA health and retirement plans. That goal was a major driver behind the merger, with supporters asserting that the merger would pave the way for combining the plans — thus lessening the probability of performers seeing employer contributions going into both plans and not meeting qualification levels for either.

The merger agreement specified that no layoffs would occur immediately but in September, 2012, SAG-AFTRA launched a voluntary buyout that cut 80 positions. The national board made two major moves in April when it approved the closure of 10 regional offices and about 60 layoffs in response to a $6 million revenue shortfall, leaving staffing at about 500.

SAG-AFTRA’s finances have come under scrutiny since May’s filing of a federal suit by former president Ed Asner and 15 others, alleging extensive misconduct in how the union has handled $130 million collected from foreign royalties and residuals. The union has repeatedly brushed off the suit, denying wrongdoing and asserting it was “very proud” of its unclaimed residuals and foreign royalties program and asserting that actors would not have received funds without the union’s efforts

An Oct. 7 hearing has been set to hear SAG-AFTRA’s motion for dismissal.

The next key negotiations for SAG-AFTRA will be on a successor deal to its feature-primetime contract, which expires June 30. Howard gave an explicit indication the talks will take place next year in an endorsement letter for Hodge in June.

No date has been set for the start of negotiations with the Alliance of Motion Picture and Television Producers for the successor pact.  The union also has not yet set its “wages and working conditions” meetings, which are required in order to formulate its proposals for the negotiations.

With The current leadership, the headline is right on!  Actors, can be sure of one thing, they are definitely going to Focus!!!

SAG-AFTRA Lawsuit: Union Slammed for Over $130 Million In Unpaid Funds!!

Ed Asner and the 15 other plaintiffs in the SAG-AFTRA lawsuit over $130 million in unpaid funds from foreign royalties and residuals have blasted the union’s efforts to dismiss the action, alleging that leaders are “clearly indifferent” to federal requirements of accountability and transparency.

“These requirements have been ignored deliberately, placing the pecuniary interests of the union above those of its members,” the filing said.

The union’s dismissal motion is set to be heard Oct. 7 before U.S. District Court Judge Manual Real in Los Angeles.

The suit was filed May 24 and alleges extensive misconduct in handling of foreign levies and residuals they are owed. The union has repeatedly brushed off the suit, denying wrongdoing and asserting that it was “very proud” of its unclaimed residuals and foreign royalties program and that actors would not have received their funds without the union’s efforts.

SAG-AFTRA responded on July 31 by asserting that most of the plaintiffs — who filed as members of the United Screen Actors Committee — lack the standing to litigate the issue and that the issues raised by the suit have already been resolved in the 2010 settlement of a class-action lawsuit filed by “Leave It to Beaver” actor Ken Osmond.

The plaintiffs responded Monday with their opposition to the dismissal motion. “This case is about a blatant refusal of SAG-AFTRA and their predecessors to account for and distribute residuals as well as foreign residuals/foreign levies to their rightful owners for what has turned out to be more than a decade,” the motion said.

The filing also said the Osmond case never involved a claim that federal labor laws were violated, did not involve issues about residuals and did not involve AFTRA, which merged with SAG last year.

“Lastly, the class action settlement was not fairly  negotiated with due process violations, including inadequate notice and a refusal to account for funds received and disbursed while also denying access to agreements upon which the settlement was based,” it added.

SAG-AFTRA has accused the plaintiffs of making “florid and disconnected allegations” and asserted that they are making a “speculative claim by no more than 17 of the 160,000 members of SAG-AFTRA that they may be owed a very small amount of money.”

On July 27, Chief Administrative Officer and General Counsel Duncan Crabtree-Ireland reported the union’s foreign royalties program has distributed more than $17.5 million to performers since inception – $3.5 million higher than what SAG-AFTRA disclosed in May, when it said that it had distributed over $14 million in foreign royalties.

The foreign funds began to flow two decades ago as compensation for reuse, such as taxes on video rentals, cable retransmissions and purchases of blank videocassettes and DVDs. 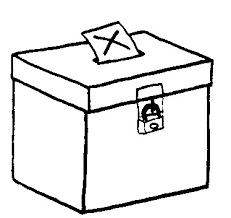 Turnout in the regions outside LA and NY is several points lower than in the recent past.

The SAG-AFTRA elections are still in progress, but the ballot return deadlines for some locals are earlier than others, and some have already passed. Earlier this week, the union announced results for ten of its small and medium sized locals. The results are available here.

An analysis by The Hollywood Reporter suggests that turnout this year will be on the LOW side. With about 1/3 of regional ballots accounted for so far, the return rate – the percentage of ballots that were voted and returned – is about 22 percent. In contrast, the regional turnout in the last SAG election, in 2011, was about 27 percent. In the 2010 election, it was about 24.5 percent. Historical AFTRA figures were not immediately available.

The locals tallied so far represent about a third of the ballots sent out to small and medium locals: about 38,000 ballots were sent out to members in such locals, according to figures the union supplied to THR. The number of ballots sent out to locals that have reported results so far is 11,517, or about 30 percent.

Ballot deadlines have not yet passed for the union’s two largest locals, Los Angeles and New York. However, 2010 and 2011 turnout in those locals (or divisions, as they were then known) was a few percentage points lower than in the regional locals.

The deadline has not yet passed for voting on the two national offices, president and secretary-treasurer. That deadline, and the Los Angeles and  New York deadlines, are the same: August 15.

*Artwork furnished by the Watchdog

You got to admit that the current SAG-AFTRA UFS leadership has been diligent about stopping those campaigning on the internet from using the SAG-AFTRA logo!   Ahhh, well, with ONE exception.  (Update added below!)

Yup!  Until they were caught by one of our diligent Membership Ist candidates, a couple of days ago, the above is what they had on THEIR website!

Once revealed by the opposition that they were violating their own edict, they took  down the evidence!

What a trustworthy group, ah right?

Which brings up the next obvious question:  Will they be brought up on election violation
charges?  Or will the SAG-AFTRA electorate do the best thing and —-
“THROW  DA’ BUMS OUT!”