SAG-AFTRA has launched a campaign against its members performing non-union work in commercials for high-profile digital advertising agency Droga5.

“Droga5 is an award-winning digital agency that executes high-profile projects for major advertisers, work that would typically otherwise be done through signatory agencies under the SAG-AFTRA Commercials Contract,” the union said Monday in a notice to its 160,000 members. “We are concerned that Droga5 has done at least some of this work by using union performers on a non-union basis and will be monitoring carefully against that possibility.”

Droga5 did not immediately respond to a request for comment.

Earlier this year, the union launched a campaign against performing work in the fast-growing non-union commercial sector in what’s been dubbed the Commercials Organizing and Recapture Initiative. It has also launched a petition drive.

“You may have heard that SAG-AFTRA is increasing pressure on digital advertising agencies to join the future and stop undermining the industry standards that make being a commercial performer a middle-class living,” the union said Monday. “Our effort to organize performers at Droga5 is the first step in that campaign.”

The move comes a week before the Oct. 19 start of SAG-AFTRA’s “wages and working conditions” meetings with the membership to hammer out proposals for its negotiations with the advertising industry.

The current three-year deal — which covers about $1 billion in annual earnings — expires on March 31. It was the first major successor agreement to go into effect under the 2012 merger of SAG and AFTRA and received 96% support in the ratification vote, with pay increases totaling $238 million during its three-year life.

In the 2013 negotiations, which lasted two months, SAG-AFTRA made little effort to mobilize members in support of its positions. The union appears to be taking a far more assertive stance during the run-up to negotiations, which will start in February.

“Now is the time for action,” SAG-AFTRA said Monday. “Sign the petition and spread the word on social media. SAG-AFTRA will not stand by while agencies undermine wages and benefits while profiting off of professional talent.”

The union did not mention in its message that SAG-AFTRA can face disciplinary charges for working for non-signatories. It disclosed in a message to members earlier this year that more than a dozen members were referred to the SAG-AFTRA Legal Department for Global Rule 1 disciplinary proceedings based on evidence gathered as part of this organizing initiative.

“Disciplinary charges are heard and decided by committees of fellow SAG-AFTRA members,” the message noted. “Consequences for working off the card include fines, suspension and expulsion from the union.”

Sign a petition not to do non-union work?  Gosh…and here I thought we did that when we joined the union!

A Jurisdictional Blast From The Past!!!!! 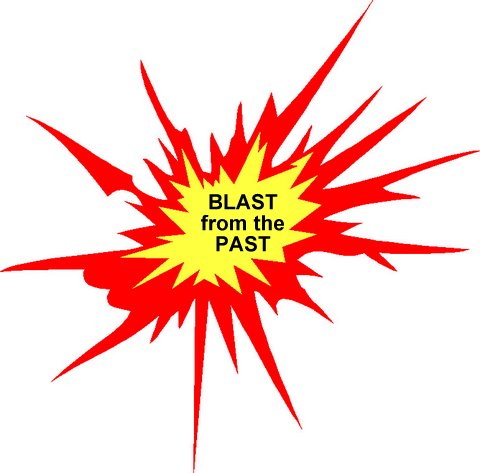 Rare, Uncovered 4A’s document prove SAG’s Jurisdiction over ALL actors on television with the exception of those on shows done in a LIVE MANNER.

At a time when more and more of our SAG members are forced to work under inferior AFTRA contracts that should fall under SAG’s jurisdiction, it is apparent that something should be done–and soon.

For not only do these jobs diminish many members chances of qualifying for SAG P&H, but most SAG members get no benefit from money paid into the AFTRA Health fund.

Because of the millions of dollars spent by our former leadership to convince members to vote for AIMA, many are under the misconception that Consolidation/Merger is the only answer to this problem.

There is another way! It is for SAG to assert it’s jurisdictional mandate derived through an NLRB election in the Early Fifties, and the subsequent 4A’s Charter, which gave it jurisdiction over all motion pictures on Television. (Motion pictures meaning, “pictures that move” which includes not only TV movies, but dramatic series, sitcoms, docudramas, etc.}

Thanks, to the hard work and investigative skills of my friend, and SAG Board member, Terrence Beasor, The Ol’ Dog is able to present to you a rare document discovered in the SAG archives. A document that clearly spells out not only SAG’s jurisdiction–but also AFTRA’s.

It was a resolution passed by the 4A’s in 1952 and is the bases for SAG’s jurisdiction in TV.

First, Let’s examine the section of the document related to SAG, and then the one detailing AFTRA’s jurisdiction. (The entire document is included below.)

It is clear that as mandated by the 4A’s, SAG has jurisdiction over ALL ACTORS in motion pictures produced for use over television.

So, what does that leave AFTRA?

Let’s now examine the section detailing AFTRA’s jurisdiction. (Notice that this jurisdiction was initially given to the TVA (Television Authority) which later combined with AFRA to become AFTRA.

As it is clear that SAG has jurisdiction over all motion pictures produced for television, it is also abundantly clear that AFTRA’s jurisdiction as derived through the TVA is limited to LIVE television. Yes, kinescopes or other devices are noted but only for programs done in the manner of a live broadcast.

This pretty well limits AFTRA’s jurisdiction to talk shows, game shows, news shows, and little else. The truth of the matter, it could be argued that even Soaps are no longer done in a LIVE MANNER.

By the way, it was mentioned at the recent AFTRA membership meeting that some twenty odd years ago that the soap actors came to SAG requesting jurisdiction over them, but at that time SAG declined out of deference to our relationship to AFTRA. One wonders, if they were now given the opportunity to vote on whose jurisdiction they would prefer to work under, what they might decide.

Perhaps, they will get that opportunity. For it is time for AFTRA to stop going after motion pictures on Television and limit their jurisdiction as originally mandated by an NLRB election, and 4A’s resolution instead of going after SAG’s jurisdiction!

They should concentrate on shows under their own jurisdiction like “Best Damn Sports Show” and cable networks like CNN, Fox News, and MSNBC. Look no one is out to get AFTRA, especially the Ol’ Dog, I’m a former broadcaster and owe a lot to the union, it’s just that SAG members are feed up with the shabby treatment that they are currently getting from them.

AFTRA needs to work for the benefit of actors, and they will reciprocate. How long do you think shows like Larry King and others dependent on SAG members would stay non-union if they were put on AFTRA’s unfair list, and SAG members, under the 4A’s charter, could not appear on those shows?

The alternative to a lack of cooperation, and the resulting consequences do not bode well for AFTRA.

Actors are tired of being screwed, and we are waiting for our leadership under our new NED to take back what rightfully belongs to us.

Before anyone at AFTRA brings out their collective bargaining agreement to attest that they have jurisdiction over motion pictures produced by tape or similar devices, remember that SAG also has similar language in its agreement.

More importantly, remember that employers do not decide jurisdiction–that is done by the 4A’s, or the NLRB.

The Voting Rights Act of 1965, signed into law by President Lyndon Baines Johnson, ensured that every citizen would be able to exercise his/her constitutional right to a vote. The Act has been extended 3 times, most recently in 2006 by President George W. Bush. Now that right is under attack yet again in states such as Wisconsin, Ohio, Arizona, Texas, Georgia and others, and it seems that the Screen Actors Guild has joined the assault by denying to members their right to vote on a matter of major importance to the life and livelihood of our membership.

Our right to residuals has been summarily waived by a Standing Committee of the Screen Actors Guild on the recommendation of staff. This waiver applies to residuals paid by the cable station, TV Land, a subsidiary of Viacom. We are told by staff that it only applies to productions with a budget so small that there are currently no productions that would qualify.

What is wrong with this picture? Why would TV Land, a subsidiary of Viacom, with access to a raft of highly paid attorneys, be asking for a waiver of currently non-existent residuals? Any member with an ounce of common sense can see where this is leading. There will be more waivers. It is no minor matter.

This waiver has breached an important principle. It is no minor matter. Residual income is of primary importance in the lives of performers. It must never be waived.

If staff and a majority of this Standing Committee’s members can, against the vigorous objections of the minority, secure a waiver of these non-existent residuals, then more will follow and they will be real residuals, lost to real people.

Our Screen Actors Guild constitution protects the right of our members to vote in a referendum on collective bargaining agreements (Article XI, section 1) and on rules and regulations governing our relations with “persons, firms or corporations connected with the motion picture industry” (Article XVI). Amendments “of a minor nature” can be approved without referendum but only “by a vote of the majority of the Board of Directors voting thereon”. This amendment is not minor and it was not voted on by the Board of Directors. This waiver contravenes the provisions of our constitution. Any waiver of residuals is a waiver of an important principle and requires a referendum of the membership.

Staff recommended this waiver to the Standing Committee. Staff will not suffer any loss of income or of contributions to their Pension and Health Plan from this waiver or any future waivers. I would like to ask Mr Duncan Crabtree-Ireland, who sits on the Board of Trustees, to explain why Staff continues to receive a 3.5% accrual rate in their pensions even after members have been reduced to 2.0%. Are we to expect this to continue after merger? What more advantages will be given to staff after merger while members benefits continue to diminish?

If merger is approved, the right to vote in a referendum now present under the SAG constitution will be significantly diminished. In a circuitous and subtle fashion, the constitution of SAG-AFTRA has altered the provisions requiring a referendum and/or a vote of the Board so that these requirements become very much weakened or lost altogether.

Protect your residuals and your Pension and Health benefits.
Vote NO to merger

Test your skills by matching the following photos with the Ol’ Dog’s proposed New Year’s resolutions for them.

Match Photo’s on Left with proposed resolutions on Right:

10 correct answers: Perfect, not only do you know your stuff but you are obviously spending way too much time on the Ol’ Dogs website.

Between 9 and 7 correct answers: Excellent! However if you were a bit more diligent you could have nailed them all.

Between 6 and 4 correct answers: Damn Good! Not Really! But the Ol’ Dog loves to swear! Make that pretty Good!

Between 3 and 2: Hey nobody’s perfect.

1 Correct Answer: Ah, well, it ain’t like you were skunked!

0 Correct Answers: Welcome! It’s nice to have you visit the Ol’ Watchdog for the first time.

The Santa Clause session. This one will sleigh you!

This was emailed to me by my friend, and Voice Over Artist Extraordinaire, Jack Armstrong–and I thought in the spirit of the holidays, I would share it with all of you. Especially, you voice-over folks.