As part of a mandate under the Telecommunications Act, the FCC examines ownership rules every four years. Back in 2002, the media regulatory agency decided that in light of new media sources like the internet, it no longer made sense anymore to maintain a ban on a given company owning a local newspaper and broadcast station in a single market. The FCC also reconsidered its restrictions of ownership of multiple local television stations. But the FCC’s changes ran into the 3rd Circuit Court of Appeals, which has since repeatedly put its foot down to attempts at deregulation.

“The Commission did not adequately consider the effect its sweeping rule changes will have on ownership of broadcast media by women and racial minorities,” wrote Judge Thomas Ambro of the 3rd Circuit in a ruling last September.

Both the FCC and the National Association of Broadcasters then petitioned the high court to look at the opinion from the 3rd Circuit.

The U.S. government argues that the lower appellate circuit has overstepped itself by turning a review of rules meant to ensure healthy competition of viewpoints into a test of what best promotes diversity

Dozens of stunt performers have signed a letter sent today to the leadership of SAG-AFTRA calling for an end to “wigging” – the age-old practice of putting wigs and dresses on stuntmen so they can double for actresses – and “paint-downs,” in which dark make-up is applied to white stunt performers so that they can double for actors of color. “In the stunt industry, diversity and inclusion have long been overlooked and discouraged, and it’s long past time for these practices to end,” said stuntwoman Crystal Santos, who spearheaded the campaign.

In response to the letter, SAG-AFTRA said that it “stands in solidarity with performers whose opportunities to work in stunt roles have been denied or limited because of bias against women, minorities and performers with disabilities. SAG-AFTRA has long recognized the difficulties faced by diverse performers seeking to establish themselves as stunt professionals and has bargained into our main television and film contract language that requires producers and stunt coordinators to consider and endeavor to cast women, minorities and performers with disabilities for stunt roles. Our contract also explicitly addresses the practice of ‘painting down’ and provides that this practice is ‘presumptively improper.’

Sienna Miller has praised late Hollywood star Chadwick Boseman for donating part of his own salary to boost her pay packet on 21 Bridges.

The pair starred as detectives in the thriller, which was released last year.

Miller told Empire: “Everybody understands about the pay disparity in Hollywood, but I asked for a number that the studio wouldn’t get to.

“And Chadwick ended up donating some of his salary to get me to the number I had asked for.”

She added: “He said that that was what I deserved to be paid.”

Save Our SAG-AFTRA Health Plan 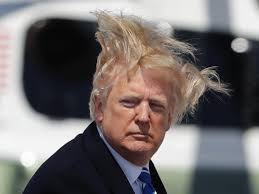 It seems poor Donald is getting a lot of blow back for his hair cost claims.   But has it occurred to certain Hair brains that’s where the hair is that he’s talking about?  I mean once they get in there, the cost of renting a telescope strong enough to find it, and a doctor barber, along with….

Sandra Karas, secretary-treasurer of Actors’ Equity, was surprised Monday morning when she read The New York Times’ article about President Trump’s income taxes – and the $70,000 that he reportedly wrote off as a business expense for hair styling in connection with his TV show The Apprentice. “It made me laugh when I…(*for complete article click the following link.)
«‹ 2 3 4 5 6 ›»