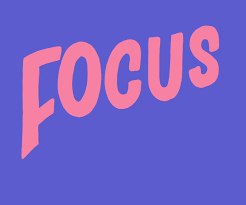 Advanced planning is underway for the second meeting of the Anita Hill-led Commission on Eliminating Sexual Harassment and Advancing Inclusion in the Workplace. “A lot is happening,” a commission source told Deadline, noting that more will be revealed next week.

The next meeting will be to define the commission’s scope, mission and priorities.

The commission was formed last month after an avalanche of sexual harassment and abuse allegations surfaced in the wake of allegations against disgraced producer Harvey Weinstein.

Sexual harassment in the workplace is a form of sexual discrimination, and the Commission will be addressing both. In a statement last month, Hill said that the panel “will be focusing on issues ranging from power disparity, equity and fairness, safety, sexual harassment guidelines, education and training, reporting and enforcement, ongoing research and data collection.”

The commission held its first meeting in December, involving a who’s who of industry leaders. Its “working group” will be made up of delegates they’ve each assigned to handle the day-to-day operations.

The impetus for the commission came from Lucasfilm president Kathleen Kennedy, who in October called on the industry to create a commission to end the industry’s culture of abuse and harassment. She was joined in forming the commission by Nike Foundation founder and co-chair Maria Eitel, Del Shaw partner Nina Shaw and venture capitalist Freada Kapor Klein. They then invited industry leaders to the December meeting, where they agreed to establish and fund the commission.

“The commission will not seek just one solution but a comprehensive strategy to address the complex and inter-related causes of the problems of parity and power,” Kennedy said in a statement after its founding meeting. “The fact that so many industry leaders – across film, television, music, digital, unions, agencies, ATA, AMPAS, Television Academy and guilds – came together, in one room, to explore solutions speaks to a new era.”

The national board of SAG-AFTRA has overwhelmingly approved the union’s package of proposals for its upcoming negotiations for a new film and TV contract. No date has been set for the negotiations, but the Writers Guild typically follows the Directors Guild, which recently concluded its talks for a new contract.

SAG-AFTRA president Gabrielle Carteris called it a “meaningful package of proposals”, and updated the board, meeting in plenary session on Saturday, on the guild’s other key labor issue – its ongoing strike against selected video game companies. The union, she said, will hold a rally outside one of the struck companies on Feb. 2.

She also detailed her recent trip to Washington, D.C., where she attended an AFL-CIO reception for incoming freshmen members of Congress and met with lawmakers from both parties on Capitol Hill.

David White, the guild’s national executive director, updated the board on operational matters and noted that several digital initiatives have been launched, including an online agency portal that allows agents to submit materials through the union’s website. A portal for casting directors will soon be rolled out, as well, he said. He also noted that cyber security remained a top priority of the union’s IT department.

“The terrific work of our IT department means that the union can continue to harness technology to be more responsive to our membership,” he said. “This will enable us to be more nimble as we head into a crucial negotiation and the upcoming national convention.”

Jane Austin, the guild’s secretary-treasurer, and Arianna Ozzanto, the guild’s CFO, reported that second quarter results are tracking ahead of planned revenue with expenses tracking closely to budget.

The board, meanwhile, approved a finance committee recommendation to hold initiation fees at the current rate of $3,000. An automatic increase will hike minimum dues from the current $206 to $210.12, effective May 1.

Alright Jack, we will be enabled to be more nimble!  Whew!  What a relief!

The Directors Guild is investigating threats against guild members working on the TV coverage of Donald Trump’s inauguration ceremonies. The anonymous threat, sent via email to more than 60 guild members, called Trump “the monster we all fear” and said “there is no need of naming names when the inaugural credits will tell us enough about the people who truly care about this country and those who don’t share the same ideals.”

The guild said in a statement: “This is a DGA-covered project, staffed with DGA-represented employees. We have been in communication with our members and let them know we support their right to work on this project and intend to protect them fully. We have, and will continue to, investigate the source of this anonymous email.”

Trump will be sworn in around noon ET on Friday in Washington, D.C.

Good luck to the investigators!  No room for this sort of thing in our great country!

When Carol Burnett steps onstage January 30 at the SAG Awards to accept the SAG Lifetime Achievement Award, somebody from the union should be waiting backstage to hand her a check. She and dozens of other stars expected to attend the guild’s annual awards show are owed unclaimed residuals that were paid by productions to SAG-AFTRA. The union is holding these funds for the actors, but  can’t seem to locate them. Even though they are hiding in plain sight.

A spokesperson for SAG-AFTRA said there are many reasons a performer’s residuals checks go unclaimed. “Since people move and addresses change, residuals checks are occasionally returned to the union as undeliverable by the postal service, or if it is unclaimed for some other reason, and the checks are deposited into a custodial fund where the funds are held until we identify/locate the proper payee. There are a number of reasons why that process may be difficult and can take some time – even when the potential recipients are well-known.

“We may be holding money in trust for ‘known’ performers for several reasons, including a bad address or as a result of mail returned for other reasons; unresolved estate issues, or an inactive or dissolved loan out corporation which may request and be pending action on the part of the member. Quite often, residuals may be waiting simply for a recipient or their agent to formalize a change of address.”

Burnett is not the only recipient of the guild’s highest honor who have unclaimed SAG residuals coming to them. Kirk Douglas, who received the award in 1999, is owed money, and so are heirs of former SAG Lifetime Achievement Award recipients Frank Sinatra, Audrey Hepburn, Danny Kaye, Walter Pidgeon, Stan Laurel, Ricardo Mantalban, Leon Ames, Martha Raye, Edgar Bergen, Ossie Davis and Charles Durning.

To get some idea of how many thousands of actors are owed, a check of the union’s website shows there are more than 2,000 people named John who have money coming to them; more than 1,500 Roberts and Michaels; more than 1,300 Davids, 500 Marys and more than 300 Susans and Jennifers.

Since the merger of SAG and AFTRA in 2012, she said, “We’ve seen a more than 100% increase in the number of checks processed to performers – from 1.5 million several years ago to approximately 3.5 million last year. We’re thrilled to be shortening the processing times even as we enhance our efforts to locate potential recipients of unclaimed funds.”

More than 20 members of ensemble casts nominated this year also have residuals coming to them that were paid in good faith to the union by the film companies, but are just sitting there. Here are some examples of actors who are now in nominated productions, but keep in mind they might well be owed money for other projects, and these SAG nominees did nothing wrong:

Hmmm…here’s a thought:  If Big Dave & The SAG-AFTRA staff was owed residuals do you think they’d find a way to get them?  But, but, but….

Teamsters Local 399 has scheduled a second contract-ratification meeting in an attempt to avert a strike against producers of TV commercials. Teamster leaders say that the new meeting, set for January 24, is being called “in anticipation of a revised offer” from producers. The first offer was rejected overwhelmingly by the local’s members on January 11, which put the union on a strike footing.

Local 399 leaders say they will be meeting with representatives of the Association of International Commercial Producers “to see if we can come to an agreement on a revised offer. At the same time, we are continuing to prepare for a strike.” A strike, if it comes to that, could hit the industry on January 31, when the current contract expires.

RelatedL.A. Unplugged: Did Teamsters Foil Plan To Bring Power To The Movie People?

The chief stumbling block to an agreement has been the producers’ demand for concessions on low-budget projects. Following the pattern established by the DGA, the producers want low-budget discounts to kick in for commercials with budgets up to $125,000 a day instead of the current $75,000.