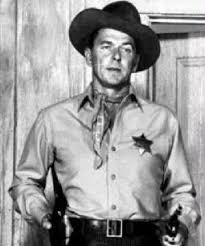 But before he can lead the free world, the centrist Republican will have to win primary in California’s 66th Assembly District

He’s a Republican and a former Screen Actors Guild leader, so when actor Ned Vaughn decided to move into politics, he knew the comparisons with President Ronald Reagan, were inevitable – if more than a little premature.

“I should only do so well,” laughed Vaughn, who announced earlier this month that he would be a candidate for California’s 66th State Assembly District, representing L.A. County’s South Bay region that includes Palos Verdes and several beach cities. “Ronald Reagan was an icon. Not everyone agreed with all of his positions, but nobody can take away from the fact that he was an amazingly effective leader of our country.”

Vaughn played in feature films “Apollo 13” and “The Hunt for Red October,” and is a familiar face to TV viewers, having appeared in “NCIS,” “China Beach” and “24” and many others.

While Reagan parlayed his position as SAG president first into the governorship of California and then the White House, Vaughn has set his sights considerably lower than becoming the leader of the free world.

First, the former first vice-president for SAG-AFTRA will have to win a primary election in June of 2014; if he can do that, he’ll face off against a Democratic opponent, most likely the incumbent Al Muratsuchi, in November.

“One of the reasons Reagan has been my exemplar both in my work with the union and now, and one of the things I admire most about him, is that he wanted to make the Republican Party a big tent,” Vaughn said. “I want to make it a huge tent. That’s something the party hasn’t done well, and I want to revive that spirit, and welcome anyone.”

Some pundits have suggested that Reagan, who was a centrist on a number of social issues and raised taxes several times while California governor and when he was in the White House, would have a tough time winning his party’s nomination were he running today, because he wouldn’t reflect the values of the most conservative and active parts of the GOP.

Vaughn, who is a fiscal conservative but also is pro-choice and a proponent of gay marriage, will face a similar challenge in winning the nomination over businessman David Hadley, president of the Beach Cities Republicans and chairman of the Republican Central Committee for the 66th Assembly District.

“I want to be seen as someone who can find solutions that aren’t partisan and work for everyone,” said the 48-year-old Vaughn, who believes his mix of centrism and economic responsibility will resonate with voters.

“The 66th District is about one-third Republican, one-third Democrat and another third undeclared and I think people in all of those groups are looking for that kind of common-sense approach.

“That said, it’s clear that economic issues are the key to the state’s problems. Unemployment is too high, taxes are disproportionately placed on folks at the top. I want to see California get back to being a place where entrepreneurs and innovators, who are the real job creators, are welcome here, so that they don’t head off to Texas and Florida.”

Vaughn believes his experience as an actor and as a union leader will help him in politics.

“Acting is all about communicating, and I think the Republican party has been lacking effective communicators on the state and national level,” he said. “‘I strongly believe that if I can articulate the commonsense principles that I stand for, they’ll resonate.

Of course, denting California’s more than $30 billion debt without raising taxes or slashing services won’t be easy. That’s where his union background will help, Vaughn believes.

“I’m not naïve, but people said when I decided to join the leadership at SAG and AFTRA and fight for the merger, ‘We’ve been trying to do that for 60 years and it’s not going to happen,’” he said. “We solved that one and I really do believe that when good people come together and focus on finding solutions rather than partisan differences, things get done.”

Vaughn knows that his Hollywood profile could cut both ways with the public, but thinks it will be a positive overall.

“The TV and film industry may not be as big as Exxon and Toyota are in the district, but there’s plenty of production work done here and there could be more,” said Vaughn, who recalled filming TV’s “Boston Legal” in Manhattan Beach.

He said he was anxious and well-suited to advocate for TV and film tax incentives and work to stem the wave of projects exiting California for other states and countries.

“We would be making a huge mistake to lose that industry,” he said. “I don’t want to people to lose sight of what the entertainment industry means for our state and the world. Sacramento is filled with lawyers, investors and other businessmen. It makes sense that the Legislature should have at least one person who knows the industry the way I do.”

——–
Hey, once California voters realize that Mr. Vaughn might do for them the equivalent  of what he’s done for his fellow SAG union members, you know, like turning their jobs over to another state, increasing their debt, destroying their health care, and destroying their faith in their state to the point most of them won’t’ even bother to vote anymore!  Naw!

*Photo supplied by The Ol’ Dog