A new DGA study has found that the pool of first-time episodic TV directors “is more inclusive than ever,” with women and minorities seeing dramatic employment gains and setting record highs for the second year in a row. The latest numbers, the guild said, “are certainly encouraging, but there’s still room for improvement.”

The guild, which has been tracking first-time director data for the past nine seasons, found that 82 female directors accounted for 41% of the first-time hires in the 2017-18 season, which was up from up from 33% in the prior season and nearly four times higher than the 11% hired in 2009-10.

Women of color also made significant gains, accounting for 13% of the first-timers hired this past season vs. 9% last season and a mere 2% in 2009-10.

Female and minory directors still have a lot of catching up to do, however. The DGA reported in November that women directed only 21% of all episodic shows during the 2016-17 season, while ethnic minorities got 22% of the jobs.

“The hiring improvements covered in this report show an industry that’s headed in the right direction today, but also one with a long road ahead to keep up with the increasingly diverse world tomorrow,” DGA president Thomas Schlamme said in a statement.

In all, 202 directors who had never directed episodic television were hired by studios, networks, and executive producers in the 2017-18 season – a slight decrease from last season’s all-time high of 225, but considerably higher than all the other seasons covered since 2009. The data does not include pilots.

The guild, however, noted that “beneath the surface, progress on inclusion is complicated by a hiring dynamic” known as “gifting” that tends to favor cast and crew members with first-time directing gigs over outside newcomers who intend to make directing a career.

The DGA’s data shows that of this season’s 202 first-time directors, 117 (58%) were “series-affiliated,” meaning they were already connected with their series as actors, writer/producers or crew members. By contrast, only 70 (35%) were “career-track directors,” meaning they had prior directing experience and were either unaffiliated with the series or their affiliation was the result of their prior directing experience.

“The study shows that while some actors, writers and others connected to a series do pursue directing after a first-break opportunity, the vast majority do not,” the guild said. “The ongoing employer practice of ‘gifting’ out directing jobs to these series-connected individuals who do not go on to pursue a career as a director has a damaging effect on new and established directors alike. The practice acts as a bottleneck to the pipeline, limiting first breaks for diverse directors.”

Said Schlamme: “What our study tells us is that there’s no shortage of talented women directors and directors of color ready for a first break,” “But for each hire to truly have an impact on the future, the studios and networks that make the hiring decisions need to open the doors even wider and discover a more inclusive population of candidates who seek directing as a career.”

“True inclusion,” Schlamme said, “is not just a single hire or a line in a speech, it’s a commitment that must be exercised through ongoing action, day by day. It seems rather clear: to bring real systemic change for the future — and not just stats from season to season — employers must give even more first opportunities to talented diverse voices committed to a career in directing. It’s not just the right thing to do, it is vitally important to keep our industry growing, changing and innovating.”

“In a business where success often hinges on getting that initial break to prove yourself,” the guild said, “probably nothing has more power to make the pool of working directors more inclusive than ensuring that race or gender doesn’t keep any qualified applicant from getting a fair shot at that crucially important first job.”

The DGA has been pressing studios, networks and producers to be more inclusive in hiring for nearly four decades – it even sued two of the studios in 1982. It’s diversity efforts include collective bargaining gains that require television studios to run TV director diversity programs; ongoing meetings with studios, networks and individual series regarding their hiring records, and publicized reports like this one that detail employer hiring trends. The guild also operates TV director mentorship and educational programs to support its members’ career development.

*Headline photo featured in the article

DO NOT WORK NOTICE: MIDWAY 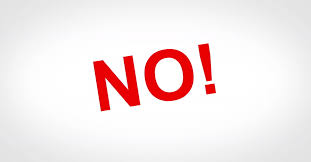 The following came in an e-mail from SAG/AFTRA;

DO NOT WORK NOTICE: MIDWAY

Please be advised that Midway Island Entertainment Inc., the producer of the feature film Midway has not executed a minimum basic agreement that is in full force and effect. As such, SAG-AFTRA members are hereby instructed to withhold any acting services for this production until further notice. Please note, accepting employment or rendering services on Midway may be considered a violation of Global Rule One.

Therefore, all SAG-AFTRA members are hereby informed that no member may accept work or appear on the above production. Violating this order may result in disciplinary action in accordance with the SAG-AFTRA Constitution.

Should you have any questions about the notice, please contact Joshua Vasquez, Manager Theatrical Contracts, at joshua.vasquez@sagaftra.org or (323) 549-6007.

Remember there’s No “Midway” when it comes to supporting your union on something like this.  SAG/AFTRA “All The Way!”

In observance of Labor Day, SAG-AFTRA offices will close early on Friday, Aug. 31 and will remain closed on Monday, Sept. 3. Offices will re-open Tuesday, Sept. 4.

Have a great holiday weekend!

Have a Great Labor Day

The WGA East and West will hold an online referendum of their members next month on proposed changes to the WGA’s Screen Credits Manual, which is used to determine writing credits on guild-covered films and TV shows. WGA officials say the proposed revisions are “non-substantive” and are “aimed at clearing up confusion and making the manual more user-friendly.”

The proposed amendments, which were approved unanimouslyby the WGA West’s board and by the WGA East’s council, now must be OKd by a majority of the combined memberships of the two guilds. The WGA West has twice as many voting members as the WGA East – 10,215 to 4,765, according to the latest reports the guilds filed with the Department of Labor.

Informational meetings will be held October 2 at the guilds’ headquarters in Los Angeles and New York, and members who wish to make pro or con statements must do so by September 20.

The preface to the current manual notes that “the guild is asked more than 150 times a year to assist in the resolution of controversies between writers over their credits” – but that bit of information would be excised from the new manual.

Also to be eliminated is this explanation of the guild’s credit-determining process: “Arduous and unpleasant as this chore sometimes is, the guild undertakes it willingly, not only to protect writers from embarrassing personal conflicts but also to ensure the validity of credit records on which the professional status of writers depends.”

Among the many other changes being proposed is a broadening of the definition of what constitutes a “team” of writers. The manual currently states that a team is “two writers who have been assigned at about the same time to the same material and who work together for approximately the same length of time on the material.”

The proposed change would define a team simply as “two or more writers who collaborate to write a specific piece of literary material” – without all the additional language.

Numerous changes also are being proposed to the arbitration process, including the removal of language limiting the types of supporting information that writers could present in their written statements to the arbitration committee. Gone from the manual would be this language: “It is the guild’s policy to preclude references to a writer’s entitlement to contingent compensation tied to the receipt of credit on the screen. Participants shall not include such references in their statements. Participating writers also shall not include as part of their statements to the Arbitration Committee any letters of support from other individuals.”

How does the Ol’ Dog feel about Credits?

Hollywood’s Teamsters Local 399 and the Basic Crafts unions have reached a tentative agreement with management’s AMPTP on terms for a new three-year film and TV contract.

“As usual, these negotiations were difficult and extended into the night,” said Steve Dayan, secretary-treasurer of Local 399 and chairman of the Basic Crafts. “However, in the end, we were able to come to an agreement. Teamsters Local 399, all of the Basic Craft locals, and our Driver/Coordinator Committees, are unanimously recommending the contract for ratification.”

The unions aren’t releasing terms of the new deal yet, but in the spirit of so-called “pattern bargaining,” they’re believed to closely resemble the deal reached recently by the IATSE and its 13 West Coast studio locals. That deal will also be put to a membership ratification vote soon, with the leaders of only one of the IATSE locals – Editors Guild Local 700 – opposed. One of the most hotly contested issues in those talks was funding of the Motion Picture Industry Pension & Health Plans, in which members of Local 399 and the Basic Crafts also participate.

“All of the Basic Crafts would like to thank the IATSE for laying the groundwork for us to be able to successfully conclude our negotiations,” Dayan said in a statement posted on Local 399’s website. “We’d also like to thank our committee members and our entire memberships who supported us during this process and worked tirelessly through these negotiations.”

Local 399 and the Basic Crafts, he said, “will have more details and announce our plans for voting on the agreements in the coming weeks.” The Basic Crafts include IBEW Local 40, Studio Plumbers Local 78, Studio Utility Employees Local 724 and Studio Plasterers Local 755.