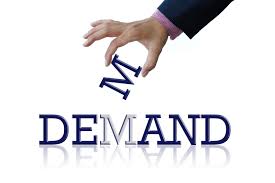 The WGA’s ongoing standoff with the major talent agencies is spilling into the guild’s upcoming franchise negotiations with the Hollywood studios.

In a message sent Wednesday by WGA West President David A. Goodman and WGA East President Beau Willimon, they revealed the writers guild’s 2020 MBA Pattern Of Demands ahead of the current Minimum Basic Agreement’s May 1 expiration date and urge members to approve the set of demands by voting yes.

Along with a broad list of issues the WGA had been expected to pursue that closely mirror the guild’s 2017 Pattern, the demands would “require signatory companies to negotiate only with agents franchised by the WGA.”

That clause, listed at the bottom of a lengthy list on the ballot, could trigger a strike by demanding that the major studios and production companies take the guild’s side in its ongoing battle with the major talent agencies. Management’s AMPTP flatly rejected a similar proposal last year, when the guild asked it to participate in what the AMPTP called a “group boycott” of talent agencies that refuse to sign the WGA’s proposed new Agency Code of Conduct.

Doing so would subject the companies to “a substantial risk of liability for antitrust violation,” AMPTP president Carol Lombardini said in a letter last March to WGA West executive director David Young. “On February 4, 2019, the WGA asked the AMPTP to reopen negotiations during the term of the 2017-2020 Minimum Basic Agreement to address the subject of talent agents,” Lombardini told Young last March. “Specifically, the WGA requested that a clause be added to the MBA prohibiting AMPTP-represented companies from doing business with any talent agency that fails to reach a new agreement with the WGA. Furthermore, this request was made without regard to the terms the guild would demand of the agents, essentially asking us to blindly accept whatever terms might ultimately be incorporated in that talent agency agreement.”

“The AMPTP-represented companies have discussed your proposal at length and have also consulted labor and litigation counsel. Based upon that review, as well as reports of the agreement that the guild is demanding of talent agents, the companies have concluded that agreeing to your proposal would require them to participate in a group boycott of talent agencies that do not meet with guild approval. We believe that doing so would subject them, the WGA and individual writers to a substantial risk of liability for antitrust violations, including claims for treble damages. The Companies would also be at risk for violation of federal labor laws as well as state laws. For these reasons, we respectfully decline your invitation to reopen the Basic Agreement to negotiate a provision such as the one you have suggested..”

WGA members last spring voted to sever ties with their agents if they don’t sign the new Code of Conduct. Now the WGA leadership is looking to bring the issue back with the studios, this time armed with a membership vote putting the topic on the bargaining table.

There was no mention of the agency-related demand in Goodman and Willimon’s email to members accompanying the Pattern of Demands ballot, which does not go into specifics.

“Your approval of a Pattern of Demands is the constitutionally-required first step of the bargaining process,” the two presidents wrote. “While the Pattern does not detail specific proposals that will be made during negotiations, it is designed to inform the memberships of our two Guilds of the general objectives we will pursue.”

Goodman and Willimon said that the Pattern was “unanimously recommended by our Negotiating Committee, and by the governing bodies of both Guilds: the WGA West’s Board of Directors and the WGA East’s Council.”

The Pattern of Demands put up for a vote by the guild membership (you can read it in full below), includes increases in writer compensation and residuals, particularly in new media, as well as larger contributions by studios to the guild’s mention and health fund and stronger protections for writers like family leave.

“The 2020 MBA negotiations will take place in the context of an expanding media industry that is experiencing record profits,” Goodman and Willimon said. “The broad goal of our negotiating committee will be to build on the gains achieved in past contracts, and to ensure that writers receive their fair share of the proceeds generated by the content they create.”

Here is the WGA’s Pattern Of Demands. Guild members have until Feb. 7 to vote.

Should the Pattern of Demands be approved as the basis for Writers Guild proposals for the negotiation of the 2020 WGA Theatrical and Television Basic Agreement (“2020 WGA MBA”)?

This ain’t a  Demand but you might want to Stay Tuned.

Valentine Card for Your Honey

Do not work notice “Unvieled”