DGA Report: Female and Minority Episodic TV Directors Have Another Record Year, Helm Half Of All Shows For First Time Ever 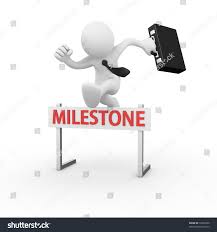 Female and minority TV directors have reached a milestone – this year, for the first time ever, they directed half of all episodic TV shows. According to the Directors Guild’s latest diversity report, that’s up from last year’s record high of 42.5%, and up from just 21% five years ago.

“Inclusion has been a priority of our guild for a very long time as we’ve pushed the studios, networks and producers to do better in their hiring,” said DGA president Thomas Schlamme. “While change had been glacial in past years, we’re pleased and incredibly encouraged to see the recent commitment undertaken by the industry.”

Employment for women and minority directors of episodic TV shows is much better than in feature films. While not included in this report, last year, the guild’s Feature Film Diversity report found that women directed only 12.2% of all live-action American feature films in 2017 that grossed more than $250,000, although that was double the number from five years earlier. That report also found that only 9.7% of films with box office takes of at least $250,000 were directed by minorities — a five-year low and a precipitous drop of 46% since 2013.

The DGA’s new TV report examined over 4,300 episodes produced in the 2018-19 television season. Indicating that “Peak TV” may have peaked, that number was down from just over 4,400 episodes the season before, representing the second consecutive year of declines following an all-time high of roughly 4,500 episodes in the 2016-17 season. According to the DGA’s analysis, the main reasons for this decrease include the ongoing decline in the number of basic cable dramatic series, and the overall trend of short orders – fewer series episodes per season.

A good part of the surge in employment for women and minority directors is in the area of first-time directors. In the 2018-19 season, employers hired 227 directors who had before directed episodic television. The percentage of these first breaks going to women directors hit a new record, while the percentage going to directors of color remained static, but close to its peak level.

The only sour note in this year’s report was that 55% of these first-time episodic TV directing jobs went to cast and crew members already affiliated with their shows – what the DGA calls “perk” hiring.

“Despite the recent progress,” the guild said, its long-term analysis has “repeatedly shown that most first-time directors don’t move on to develop directing careers.” The guild’s research found that “the key driver behind that drop-off is the widespread and growing practice of employers giving ‘perk’ directing assignments to series insiders,” who are far less diverse as a group than non-affiliated directors, and who have infrequently gone on to have a career in directing. Following the career paths of first-time directors over the past decade, the guild found that less than a quarter of series insider hires developed directing careers, compared with nearly three-quarters of hires not affiliated with a series.

“Producers hold in their hands the power to grant an opportunity that can set up an aspiring TV director for a lifelong career doing what they dreamed of,” Schlamme said. “And while we’re encouraged to see nearly half of first jobs went to women last year, and nearly a third went to directors of color, we still have a lot of concern over the underlying hiring practices that reduce the number of jobs available to budding and experienced directors alike. The heart of the issue is that producers aren’t factoring in that every job given to someone who does not pursue a directing career equals an opportunity withheld.”

Ranking the hiring records of the TV industry’s top eight employers – which oversaw the production of 71% of the episodes covered in its report – the DGA found that Disney/ABC companies, as was also the case last year, had the highest combined percentage of women and minority directors – 57.7%. HBO came in second (56%), followed by Twentieth Century Fox companies (52.4%); Netflix (52.3%); Warner Bros. companies (50.4%); NBC Universal companies (49.7%); CBS companies (46.6%) and Sony (46.1%). All of these companies had higher percentages than last year’s previous record high industry-wide average of 42.5%.

The 18,000 member union said that it “has been pressing studios, networks, and producers to be more inclusive in hiring for nearly four decades. The Guild’s efforts include: collective bargaining gains requiring television studios to operate TV director diversity programs, and all first-time TV directors to attend a DGA orientation; ongoing meetings with studios, networks and individual series regarding their hiring records; and publicized reports detailing employer hiring patterns. In addition, the Guild itself has initiated a variety of TV director mentorship and educational programs to support the career development of its members.”
DGA

The guild noted that its report tracks employment by television studios (production), as opposed to networks (distribution). “Hiring decisions are primarily made by studios – even when they share the same parent company as a network which may have some approval of those decisions,” the DGA said. “Moreover, many studios also produce series for outside networks, and some studios are not affiliated with a network.”

The guild’s report analyzed the ethnicity and gender of directors hired to direct episodic television series across broadcast, basic cable, premium cable, and original series made for Subscription Video on Demand (SVOD). Pilots are not included in the statistics. The guild says it compiled the statistics using internal information and information provided by production companies pursuant to the reporting requirements of its various collective bargaining agreements. All figures in the report were rounded to the nearest percentage or tenth of a percentage.

Stay tuned as we hurdle forward with the help of Mr. Robb and Deadline.