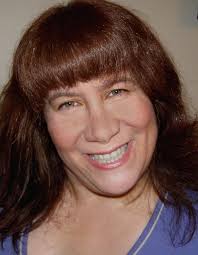 Disabled stuntwoman Leslie Hoffman has won another legal battle in her years-long fight with the Screen Actors Guild Pension Plan. A federal judge ruled that “the Plan abused its discretion” by denying her “a full and fair review” when it took away her disability pension and ordered her to repay $123,827 in benefits she’d received over a 13-year period, plus another $8,457 in interest. The Plan also wants her to pay more than $150,000 in attorneys’ fees.

The Plan’s trustees have maintained that she worked and solicited stunt jobs while collecting an occupational disability pension. Hoffman, however, has not worked as a stunt performer or as a stunt coordinator since she began receiving those benefits – and her tax records and SAG’s own earning reports prove that she has had no income under SAG or SAG-AFTRA’s contracts since 2002.

U.S. District Judge R. Gary Klausner, who will be hearing the case if it ever comes to trial, now has remanded the matter back to the Plan “for reconsideration” of her claims “in accordance with this order.” In so doing, he also found “multiple procedural irregularities” by the Plan in this case.

In light of Klausner’s order (read it herecould ), the Plan’s trustees now could drop the case and pay her all the benefits it hasn’t been paying her for the past four years – or continue to appeal the case. If the Plan decides to drop its appeal, however, the judge still slap it with a penalty for not paying her all these years, though he denied, without prejudice, Hoffman’s demand for penalties because “the Court lacks the necessary information to calculate the penalties to which Plaintiff is entitled for Defendants’ failure to provide” certain documents during the proceedings.

Hoffman, once one of Hollywood’s top stuntwomen — she was the first stuntwoman ever elected to the SAG and AFTRA boards of directors — twice has been diagnosed with traumatic brain injuries and with numerous other physical injuries that she says were sustained during her many years of stunt work, which she says have left her unable to work since 2002.

In his order, Klausner wrote that Hoffman “has established” that the Plan and its trustees – the defendants in the case – “either did not consider her tax records, or considered them but did not include them in the administrative record.” He also found that the defendants “did not include any documentation from the Plan’s Medical Director in its initial disclosure of the administrative record,” and did not give that information to Hoffman prior its decision to terminate her benefits, although he found that the Plan indicated that the Medical Director had reviewed her case.

The judge also found that the Plan and its trustees “have not explained the inconsistency between their claim that (Hoffman’s) 2015 hearing was not recorded, and that a comment from Benefits Committee members in a 2010 audio recording “show possible bias against” her.

The judge, though not finding that there was proof of “malice” by the trustees against Hoffman, wrote: “Nevertheless, the above procedural irregularities combined with the existence of conflicting evidence and the omission of other evidence from the Plan’s review establish that (Hoffman) did not receive a full and fair review of her claim for disability benefits.”

In January, the Ninth Circuit Court of Appeals found that U.S. District Court Judge Manuel Real, who died in June, had “erred” in granting the pension plan’s motion for summary judgment in 2016, reversed his decision, and remanded her case for trial. It was the second time she’s gotten a favorable ruling from the appeals court since she first filed suit in 2010.

The new trial court judge’s latest order – remanding the matter back to the Plans “for reconsideration” – could either bring the case to a quick end, or send it back into the court system for more years of litigation. So far, the Plan has shown no signs of giving in — and neither has Hoffman, who is represented by attorney Chuck Fleishman.