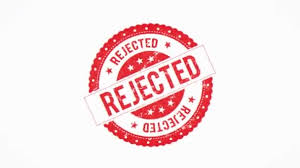 AG-AFTRA’s national election committee has rejected a protest of William Charlton as one of seven national vice presidents elected at the union’s recent convention. LA board member Peter Antico objected to Charlton’s nomination at last weekend’s convention, but was ruled out of order by president Gabrielle Carteris. Antico was then escorted out of the convention by security after he persisted.

Antico filed a protest with the union, claiming that since Charlton had been defeated in his bid to be a convention delegate, his attendance at the Delegate Welcome Reception and on the convention floor during the election of SAG-AFTRA national vice presidents “gave him an unfair advantage” in his VP race against actor A. Martinez.

In denying Antico’s protest, the election committee found that it had not been filed in a timely fashion, and that even if it had been, it was without merit. “Your protest concerning the Convention election of Vice President Actor/Performer Bill Charlton was referred to the National Election Committee for its consideration,” Michelle Bennett, SAG-AFTRA’s executive director of governance, told Antico in a letter sent today. “On October 17, 2019, the Election Committee denied your protest.

“The basis for its decision was two-fold. First, Article VI (A) of the Rules for the Conduct of Business at the 2019 Convention provides that ‘any protest regarding an alleged violation of the election provisions of the SAG-AFTRA Constitution, the Nominations and Election Policy, the Convention election rules or applicable federal law in connection with the executive vice president or vice president election must be filed with the National Election Committee within one (1) hour of the tabulation of ballots in the election at issue.’ Since the results were announced on October 11 at approximately 2:50 pm, any protest must have been filed with the National Election Committee on October 11 by 3:50 pm. You did not file your post-election protest until Tuesday, October 15 at 7:32 p.m., more than four days after the deadline for filing protests had passed.

“Second, even if your protest were timely, which it was not, federal law requires that in Convention elections, nominees who are not Convention delegates must be afforded access to the Convention floor and to any election activities in which delegates are permitted to participate. The DOL regulations provide: ‘Where access to the convention floor is limited exclusively to delegates at a convention at which officers are to be elected, there must, nevertheless, be equal opportunity for all nominees to campaign. Thus, if the privilege of addressing the convention is accorded to any of the nominees, it must be accorded to all nominees who request it, whether they are delegates or not.’ In short, Mr. Charlton was afforded the rights guaranteed to him by federal law.”

Charlton, one of the leaders of Carteris’ Unite for Strength political party, failed in his bid to win a seat on the local board in August, and didn’t win enough votes to be selected as a convention delegate either. Charlton, who did not respond to Deadline’s request for an interview, has never been elected to the local or national boards, but has nonetheless been chosen as a national board replacement every year since 2013, when then-SAG-AFTRA president Ken Howard named him as his replacement on the national board.

“He gets cronyed onto the board every time the membership votes him down,” Antico said. “The members who have been voted onto the board are being dishonored by this. The current leadership is not listening to the will of the membership.” Antico, who has taken his complaint to the Dept. of Labor, said: “Giving someone an hour to file a complaint is not reasonable.”

*Headline elected by the Watchdog