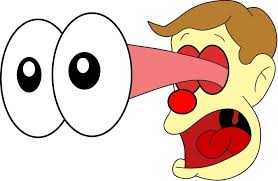 Did you see the following when it first came out?:

SAG-AFTRA president Gabrielle Carteris has been accused of violating union rules in her re-election campaign — and has issued a strong denial in response.

Attorney Robert Allen, in a letter sent Monday on behalf of unnamed union members, said Carteris had allegedly used insider information to take credit for SAG-AFTRA’s new deal with Netflix and accused her of using union resources to promote her candidacy via official SAG-AFTRA videos. Allen said if Carteris’ name isn’t removed from the ballot within 10 days, he’ll file a federal lawsuit to seek an injunction and recover damages.

“Here we go again — every time we have an election we can count on Membership First or their associates to file some baseless charge that accomplishes nothing except to burn up even more of our members’ dues money,” she said. “This is just another cynical ploy that will come to nothing and we can add it to their tab of over a million dollars and counting the union has already spent dealing with their ridiculous stunts.”

Carteris is part of the Unite for Strength slate, which has been in charge of the union leadership since 2009. She replaced the late Ken Howard as president when he died in 2016, then defeated Membership First’s Esai Morales in 2017.

In a letter to SAG-AFTRA general counsel Duncan Crabtree-Ireland, Allen said, “Ms. Carteris is campaigning using what we can only assume to be insider and highly confidential information that she would be prohibited from revealing, and then used her current position of power to cause the facts underlying that highly confidential information to occur. In sum, Ms. Carteris is cheating in an attempt to get re-elected.”

The letter said Carteris claimed in her campaign statement that she had “negotiated a direct, comprehensive agreement with Netflix that eliminates free bargaining in low budget SVOD, improves protections against outrageous exclusivity terms/options, and for the first time covers performance capture.”

The missive asserted that the deadline to submit election statements was on June 28 but that the deal was not presented for approval to the national board until July 20.
“How did Ms. Carteris know, prior to June 28 when she submitted her statement, that the Netflix deal would be approved prior to a National Board vote?” the letter asked.

Allen’s letter also asserted that the Netflix agreement should have been submitted to the membership for ratification. It also accused Carteris of directing SAG-AFTRA funds and resources to help promote her campaign, including the creation of self-promoting videos and their display on the SAG-AFTRA website and throughout the common membership areas at the Wilshire Boulevard headquarters in Los Angeles.

“We demand that Ms. Carteris be deemed ineligible to run in the upcoming election and that her name be stricken from the ballot,” the letter said. “Further, we demand a fair and thorough independent investigation into Ms. Carteris’ fiduciary duty violations. Furthermore, pursuant to Section 431(c)of the LMRDA, we demand access to SAG-AFTRA’s financial books and records to ascertain the extent to which SAG-AFTRA funds have been improperly used to help finance and support Ms. Carteris’ campaign.”