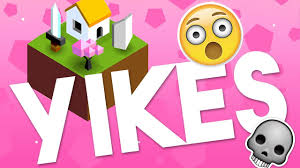 EXCLUSIVE: SAG-AFTRA presidential candidate Matthew Modine is crying foul over a Los Angeles Times article published yesterday. Curiously timed with one week of voting left in the guild’s election, the article alleged that Modine had accepted in-kind campaign contributions from his “employer” – the for-profit New York Film Academy, on whose board of directors he sits. According to Modine, the premise of the article is flat out wrong.

Other trades picked up the LAT story which claims Modine broke the rules by accepting the contributions — promotional videos made by the school to help his campaign — because, the paper asserts, as a member of the school’s board of directors, he is therefore an employee. It states that the school produced three videos that appeared on his campaign website, and quoted several attorneys opining that it’s a per se violation of federal labor law for union candidates to accept anything of value from an “employer” to promote their candidacy.

Here is where Modine believes he was done wrong by the article: the LAT never examined whether being an unpaid board member makes Modine an employee of the school – it just assumes that the school is his “employer.” That assumption, however, does not square with the fact that there are no unions that represent corporate board members, who are generally considered independent contractors under the law. The LAT article makes the false assumption, that an unpaid member of the board of directors is an employee. The volatile article could impact the election, dropping when members are voting. His opponent, current SAG-AFTRA president Gabrielle Carteris, blasted Modine, and now he is firing back.

“When accusations are made, they have to be proven,” Modine told Deadline. “You can spend a lifetime building a house, but it only takes one match to burn it down.”

Said Modine: “My friends in New York call it a ‘journalistic hit job. It’s potentially hurtful beyond the campaign – hurtful to my professional career. The standards of journalism for an esteemed paper like the LA Times without doing journalistic due diligence is disappointing.”

The LAT article was written by Jonathan Handel, a labor reporter and contributing editor at The Hollywood Reporter. Emails between Handel and Modine’s publicist – indicate the article was originally headed for THR, and the messages show that Handel had posed a series of written questions to Modine about the school for “a story on employer contributions to the union candidates.”

The article states that “According to a U.S. Department of Labor manual, ‘no employer may contribute cash or anything of value to the campaign of any candidate.’ SAG-AFTRA’s rules for candidates echo the federal law.”

Indeed, prior to the voting, SAG-AFTRA released a statement that said “Federal law prohibits any employer, including employers who are agents, managers, casting directors or producers, from contributing anything of value to candidates for any SAG-AFTRA elected office. If there is a Department of Labor investigation, the DOL may seek to take statements from candidates and any employers who contributed to them. Further, any such contributions may also result in that candidate’s election being overturned.”

Carteris seized the moment: “These aren’t just flagrant violations of our union election rules, but of federal labor law as well,” she told the LAT on Wednesday. “It says a lot about Mr. Modine and Membership First’s poor decision-making, something we clearly can’t afford in our upcoming contract negotiations.”

On Thursday, Carteris amplified her attack. In a message sent to membership, she wrote, “If you haven’t voted yet, you MUST read these stories in the Los Angeles Times and Variety before mailing your ballot by this weekend’s deadline,” with links to the stories.

“I’m not an expert on labor law,” Modine told Deadline today, “but I am not an employee of the New York Film Academy. Her comments about me are inaccurate, and the onus of proof is on the accuser.”

Asked if Carteris would challenge the election if she loses on grounds that Modine allegedly violated federal labor law by receiving in-kind contributions, a spokesperson for her campaign told Deadline: “President Carteris and Unite for Strength will consider all available options.”

But, there seems to be a fly in the ointment here; Modine maintains he has never been paid by the school.

According to the Department of Labor’s website, “The U.S. Supreme Court has on a number of occasions indicated that there is no single rule or test for determining whether an individual is an independent contractor or an employee for purposes of the Fair Labor Standards Act.”

Modine and the school, however, say that he has never been paid to be a member of its board, or to teach an occasional Master Class – which, by the DOL’s own definition, would not make the school his employer.

“Matthew is not an employee of the New York Film Academy,” said Dan Mackler, chief strategy officer and dean of the school’s Los Angeles campus. “Matthew has never received a salary for being a board member. Matthew has never received a pension or health benefits from NYFA. Matthew teaches Master Classes once or twice a year. He does not get paid and generously donates his time.”

Aside from a phone interview, Modine responded to specific questions by Deadline through email. “I am not an employee of NYFA,” he wrote. “I am a non-salaried board member. My contribution is sharing information from my four decades in the motion picture and television industry. Information that will help NYFA students be productive and find successful ways to enter and navigate careers in this quickly changing profession.

“I am not compensated. Transportation, travel costs and/or expenses are covered by NYFA,” he said. “To receive a salary I would have had to fill out a W-9 form. This would be on record with the IRS – but I’ve never been paid. So there is not a W-9.”

Asked if he receives any pension or health benefits from the school, he said: “No. I’m not an employee and I do not receive any benefits.” He does, however, fund a scholarship program at the school in his name. “In lieu of salary, there’s a scholarship in my name,” he said.

Earlier today, the LAT told Modine’s rep in an email that “We stand by the story and do not believe there is anything in it that warrants a revision.”

It does seem that Modine deserved to tell his side of the story, at such a critical moment in the election process.