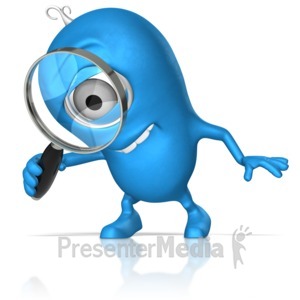 Four months into the WGA’s standoff with Hollywood’s talent agencies, SAG-AFTRA president Gabrielle Carteris says her union is reviewing its relationship with agents.

“I fully support the WGA in doing what it needs to in order to protect its members,” she said in a written statement in advance of last night’s town hall meeting featuring the guild’s top three presidential candidates. “I’ll do what is necessary to protect SAG-AFTRA members, but our situation and the WGA’s are not the same. We should be very careful not to conflate them. While we share some of the same issues, the circumstances that have gotten us to this point along with the differences in our membership lead us to potentially a different place than WGA.”

Like the WGA today, the old Screen Actors Guild couldn’t reach a deal back in 2002 for a new franchise agreement with the Association of Talent Agents. Unlike the WGA, however, SAG did not order its members to fire their agents en masse, and SAG-AFTRA doesn’t have an overall agreement – known as Rule 16 (g) – with the ATA to this day.

“When Screen Actors Guild lost its agency franchise through a member vote,” Carteris wrote, “it was an example of the members speaking, but the leaders who actively advocated for that outcome did not understand the repercussions they were creating. They had no strategy.

“The suspension of Rule 16 (g) in the early 2000s prior to my union service, has had real repercussions for all members, and while this is a very difficult question and a complex undertaking, I know that our Professional Representatives Committee is currently reviewing this situation and will have a recommendation to the national board.”

SAG, which merged with AFTRA in 2012, lost its battle with the ATA back in 2002 when it tried but failed to rein in the agencies over some of the same “conflicts of interest” that the WGA is trying to curb this time around. SAG and the ATA fell out that year when they couldn’t come to terms on a new franchise agreement, which hadn’t been renegotiated since 1939. The main sticking point was that the big talent agencies wanted the right to invest or be invested in by ad agencies, advertisers and independent producers. SAG, like the WGA today, viewed such financial interests as an irreconcilable conflict of interest, putting the actor in the position of being repped by an agency that could also be his or her employer. The ATA, however, maintains that that agency-affiliated production entities does not make agencies the “employers” of actors or writers.

In 2002, the same dispute over financial interest also drove a wedge between SAG and AFTRA, with AFTRA giving in to the ATA by allowing its franchised agents to have limited financial interests in production companies.

Better keep a close eye on this one!!!

*Headline photo selected by The Watchdog