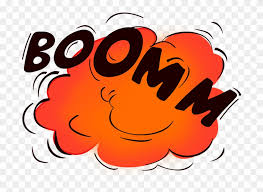 The election for the Writers Guild of America West remains heated with dissidents attacking the guild’s hardline stance on Hollywood agents.

The latest salvo came Sunday from “Wonder Woman” writer Jason Fuchs, who’s part of the WGA Forward Together slate. His group is contending that the WGA needs to get back to the bargaining table after two months of staying away from bargaining. Fuchs, who is seeking a seat on the WGA West board, hasa story credit on “Wonder Woman,” a shared screenplay credit for “Ice Age: Continental Drift” and is a co-producer for “It: Chapter 2.”

“The current approach of our WGA-W leadership is a failing strategy,” Fuchs said. “Negotiating with small and mid-size agencies — most of which don’t even package — does nothing to put pressure on the Big 4, and this strategy is exactly the reason for this long and pointless stalemate. It does nothing to raise writers’ incomes, nor does it modify (or eliminate) packaging or affiliate production. All this strategy does is move writers out of the Big 4, which decreases our clout and power and hands it to directors, actors and non-writing EPs, who can still be repped there.”

The Big 4 — CAA, WME, UTA and ICM Partners — are embroiled in a legal battle with the WGA over the legality of taking packaging fees and participating in affiliate production. The WGA Forward Together slate is headed by Phyllis Nagy, who is challenging WGA West president David Goodman. Nick Jones Jr. is also part of the slate as a candidate for secretary-treasurer, and board candidates Fuchs, Ayelet Waldman, Ashley Miller, Sarah Treem and Rasheed Newson have expressed opposition to Goodman’s approach.

Goodman declared on June 20 that the guild would no longer negotiate with the Association of Talent Agencies and instead hold individual negotiations with nine agencies. One of those nine, Kaplan Stahler, subsequently signed a deal in which the agency agreed that it would not take packaging fees or engage in affiliate production. Two other mid-size agencies — Verve and Buchwald — have signed agreements with the WGA that ban packaging fees and affiliate production.

Fuchs also said in his post, “Leadership believes that we have all the leverage, that packages will always center around writers, but more and more often since our action, they already don’t. Directors, actors and IP holders are rapidly becoming the center of more packages because, unintentionally, the Guild’s strategy has put in motion market forces that are diminishing the clout of writers in the marketplace, even on their own projects.”

“Shows will always need writers, leadership has assured us,” Fuchs added. “Well, of course, no rational person could question that, but — at the same time — that does not assure us that writers will enjoy the same power and primacy they have fought tooth and nail to secure in the television space.”
Fuchs wrote the essay after Adam McKay — who earned Oscar nominations for producing, directing and writing “Vice” — said that the dissent over the issue was counter-productive.