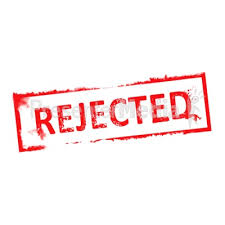 Ten days after the WGA met with the negotiating committee of the Association of Talent Agents, the guild has responded to ATA’s proposal, which included a new revenue sharing offer on packaging. The WGA has rejected that offer, taking the packaging fee revenue sharing option “off the table,” Instead, the guild will pursue individual negotiations with nine agencies who represent “a significant amount of writers.” WGA West president David Goodman made the announcement in a video posted on the guild’s web site.

“I’m sorry about being late bringing you up to date where we are with our agency campaign,” Goodman told members, noting that “we remain at an impasse” with agencies.

He claimed that the new offer from the ATA continued to feature “untransparency” and, in the case of agency-affiliated production companies, “it took a step back.” Because agencies and production companies are separate entities, the agencies said at the last meeting that they cannot make “substantive offers” that have to do with the affiliated studios, Goodman said, citing the pending IPO of WME and Endeavor Content parent Endeavor.

“But they are willing to make an appointment” with those production companies for us, Goodman said. “This dishonest characterization was an insult to all writers, not just in the room, it was simply outrageous.”

As for packaging fee revenue sharing, Goodman noted that the agencies had upped their offer from 1% to 2%. He said that the guild leadership wrestled with the question whether they should engage in negotiation because not willing to do so may make them look unreasonable.

“We didn’t immediately reject the idea of revenue sharing,” he said. “But in the course of reviewing the officer, after careful deliberation, the negotiating committee decided to take the revenue sharing option off the table.”

He reiterated the guild’s mantra that “any offer from agencies must realign agencies’ interests with writers’” and insisted that only returning to “commission-based compensation” would accomplish that.

“We will not counter on revenue sharing because it suggests the answer is somewhere in the middle. It is not,” Goodman said.

He then talked about “how can we move this process forward,” stating that “the agencies in that room are stuck,” meaning that not all have packing or affiliate production interests.

“We think it’s time to start negotiations with the 9 remaining agencies who represent a significant amount of writers rather than with the ATA,” Goodman said. He listed those agencies as: UTA, CAA, WMA, ICM, Gersh, Paradign, Rothman Brecher, Kaplan Stahler and APA.

“We will reach out to them individually,” Goodman said. “It’s clear there is no meaningful negotiations through the ATA, it is worthwhile trying something new.”

Goodman went on to say that WGA members, lawyers and managers have done “a tremendous job” with staffing season. “We were determined to do the same for the feature and TV development seasons. Every week deals, including big ones are made without agents.”

He acknowledged that there has been some dissent in the WGA ranks. He said that the guild leadership wants to hear of any concerns members may have and is sending them a survey about the agency campaign.

Goodman also said that, while dealing with the WGA-ATA breakup, the guild leadership also is “stepping up preparation for the 2020 negotiations with the studios. He dismissed the notion that the protracted battle with agents may have weakened the union as it heads into key labor negotiations.

“This fight has shown the guild’s strength and sense of purpose,” Goodman said.

He did address the question that is on virtually every WGA member’s mind — What is the endgame?

Goodman admitted that he can’t say “when this will be over,” noting that the WGA has taken upon “something no one in this business has had the guts to do, the studios, or producers, or lawyers, or managers, or anyone else — we spoke out loud what anyone knows to be the truth which is that the agencies have lost their way.”