A Couple of Takes on Todays Agent/WGA Talks 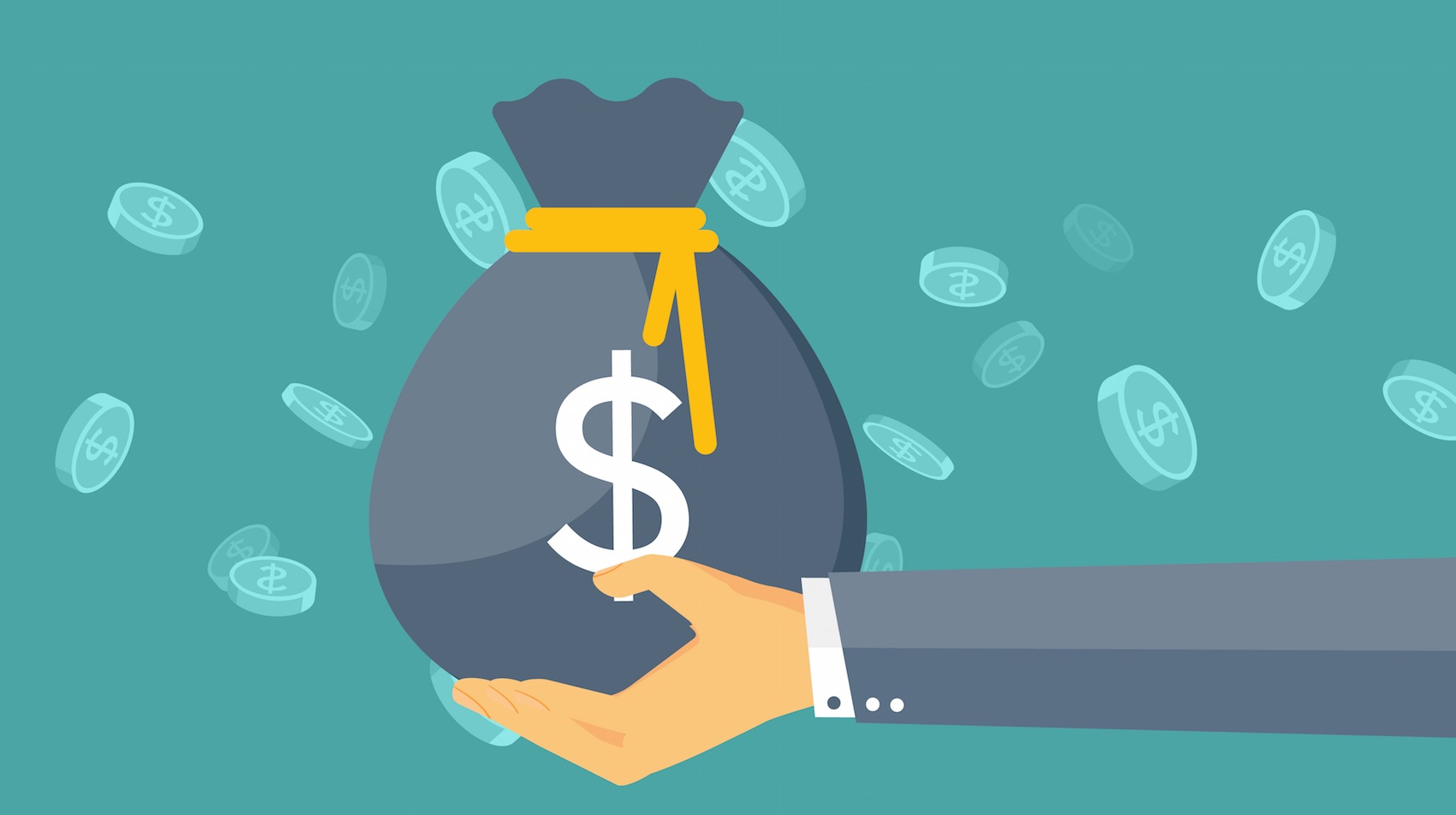 UPDATED with more details: Negotiators for the WGA and the Association of Talent Agents met Friday in an attempt to end their eight-week standoff. The meeting ended a little before 2 PM, and the guild just informed its members on the proceedings.

“This morning the Negotiating Committee received proposals from the ATA,” the WGA said in the message. “Although there was cause for concern, including a revenue sharing proposal that instead of 1% is now 2%, the presentation was wide ranging and complex. We have asked for contract language on their proposals in order to formulate the appropriate response. As we’ve stated, whatever solution we find, it will have to address conflicts of interest and realign agency incentives with those of their writer clients.”

A senior agency leader said before today’s meeting that ATA’s proposal for revenue sharing will go to young and emerging writers on profitable shows – writers who have not historically able to share in profits.

According to the agency official, the ATA’s proposals for a new five-year deal also included greater transparency with regard to their affiliated production entities, including a guarantee that their clients’ scripts will be shopped competitively to determine their true value in the marketplace. Like packaging fees, agency affiliations with production companies through shared corporate parents has been a major sticking point in the negotiations.

The proposals also includes a $6 million inclusion fund that the agencies would establish to help bring more employment to historically underrepresented writers. The ATA’s proposals would also establish a reasonable, efficient and fair arbitration process – another bone of contention between the parties.

We hear 11 of the 26 members of the WGA negotiating committee attended the meeting, with one of them, Meredith Stiehm, leaving immediately after the proposal was read.

Today’s meeting was the first since talks broke off April 12, after which the guild ordered all of its members to fire their agents who refuse to sign its new Agency Code of Conduct. The resumption of talks was prompted by a May 22 overture from UTA co-president Jay Sures to WGA West president David A. Goodman, a former UTA client.

“If this dispute is truly about addressing packaging and affiliate production, then we are ready to get back to the table with you,” Sures told Goodman via email. “We are open to concepts of true revenue sharing and have already committed to requirements of explicit client consent and overall transparency and accountability.”

Goodman promptly accepted. “Thank you for your offer to meet, which I accept on behalf of the WGA,” he told Sures later that day. “I do want to make clear that we responded on April 12th to your most recent proposal. We continue to believe that there is a deal to be made that aligns agency interests with those of writers. We look forward to hearing what you have to say.”

Negotiations for a new deal began February 5, but the guild has said all along that there is no room for compromise on its key demands. “There are negotiations where there is no middle ground, where there are basic principles that are not subject to compromise,” Goodman said at a February 13 membership meeting.

The WGA filed suit against the Big 4 agencies – CAA, WME, UTA and ICM Partners – on April 17, accusing them of violating state and federal laws by taking packaging fees on TV shows they packaged. The longstanding practice, the guild’s suit claimed, “Constitute unlawful kickbacks from an employer” in violation of the Taft-Hartley Act, which makes it unlawful for employers “to pay, lend, or deliver, or agree to pay, lend, or deliver, any money or other thing of value … to any representative of any of his employees who are employed in an industry affecting commerce.”

The Writers Guild of America and Association of Talent Agents are expected to continue discussions on a new proposal that the ATA put on the table Friday at the first meeting between the sides in nearly two months.

The sides met for several hours at the SLS Hotel in Los Angeles. The ATA has offered to increase its revenue-sharing proposal from 1% to 2% of the agencies’ haul from TV series packaging, according to the WGA.

Friday’s gathering was the first since the talks over the issue of packaging fees cratered on April 11. The WGA filed suit against the industry’s four largest agencies — WME, CAA, UTA and ICM Partners — the following week.

The sides are battling over the WGA’s effort to bar agents who represent guild members from receiving packaging fees on TV series from production entities, a longstanding industry practice, and a ban on the expansion of the parent companies of the Big Three agencies into the production-distribution arena.

In a message to members sent Friday after the meeting wrapped, the WGA described the ATA proposal as “wide-ranging and complex.” The tone of the message suggested that the hostilities between the sides may be cooling down. The WGA asked the ATA for specific contract language in order to respond to the latest proposal.

The fight between the guild and agents has been running hot in recent days and has engendered bitterness within the creative community. The agency battle has divided many writers who are frustrated at the guild’s edict that members fire any agents who do not agree to adhere to the guild’s newly implemented Agency Code of Conduct.

“Although there was cause for concern, including a revenue sharing proposal that instead of 1% is now 2%, the presentation was wide ranging and complex,” the WGA message stated. “We have asked for contract language on their proposals in order to formulate the appropriate response. As we’ve stated, whatever solution we find, it will have to address conflicts of interest and realign agency incentives with those of their writer clients.”

Key components of the ATA proposal are:

An increase from 1% to 2% in the offer to share revenue from series packages with lower-level writers that typically do not receive any backend compensation on successful shows. The specifics of how those participants would be identified and how the money would be parceled out are still unclear.

A more detailed plan for transparency and consent mandating that all writers affirmatively say yea or nay to having a show packaged. The proposal also outlines the obligations that agents have to perform before claiming a package.

On the issue of writers working for agency-affiliated production entities, the ATA members commits to shopping all projects on the open market before setting up a deal with an affiliated company. The goal would be to determine the level of organic interest in the marketplace to help set financial terms.

The WGA has been pushing the agencies to send over all employment contracts for guild members. The agencies say they won’t do so unless clients consent to such sharing. But the new proposal offers a new wrinkle in which agencies offer to share information on employment for writing work specifically (the lines blur in the case of showrunners and writer-producers), but still only with client consent.

The ATA proposal sets a five-year time frame for the agreement. It also spells out rules for an arbitration process that are different than those proposed by the WGA.

Agencies Up Packaging Fee Revenue Share In Talks With Writers

The WGA is requesting additional details about the proposal amid a possible sign of progress between the parties.

On Friday, the negotiating parties for the Writers Guild of America and the Association of Talent Agents met at the SLS Hotel in Beverly Hills for a roughly forty minute negotiation that appeared to show some incremental progress.

After the talks ended, the WGA requested additional detail on a sweetened revenue sharing deal proposed by the agencies six weeks after the last time the parties met.

The agency proposal included sharing two percent of packaging fees with lower and mid-tier writers, which is more than double their last proposal. However, the guild has been adamant that it wants an end to agency packaging fees altogether.

According to a senior agency source, the ATA proposed more transparency regarding affiliate production deals (including the obligation to shop to competitors) and packaging fees. The proposal included a $6 million inclusion fund to increase diversity among writers and a requirement that packaging can’t be done without a client’s consent. The agencies are looking for a five-year term for the agreement.

The ATA had no comment and the WGA did not respond to a request for comment. However, the WGA sent an email to its members Friday afternoon.

“This morning the Negotiating Committee received proposals from the ATA,” reads the WGA email. “Although there was cause for concern, including a revenue sharing proposal that instead of 1% is now 2%, the presentation was wide ranging and complex. We have asked for contract language on their proposals in order to formulate the appropriate response. As we’ve stated, whatever solution we find, it will have to address conflicts of interest and realign agency incentives with those of their writer clients.”

Optimism had sparked May 22 when WGA West president David Goodman accepted the proposal from UTA co-president Jay Sures, his former agent, that the parties meet and attempt to restart talks that failed April 12. But the day after that exchange, WME parent Endeavor announced plans to go public, a move the WGA had previously blasted as “leveraging [writers] into assets for investors.” And the Endeavor move heightened rumors that UTA may buy a mid-tier agency, Paradigm, in order to further diversify and bulk up, moves that would serve as a hedge against the loss of writer clients.

Those aren’t the only factors that are making talks difficult. The WGA has previously rejected the idea of sharing packaging fees with the agencies and the concept of allowing affiliate production or packaging fees at all, even if subject to greater transparency and to writer choice.

Meanwhile, over 7,000 WGA members have fired their agents on orders from the guild, and the WGA’s packaging fee lawsuit against WME, CAA, UTA and ICM Partners is slowly making its way through the legal system, with CAA having responded in part to the WGA’s amended complaint and additional agency filings expected soon.

Writers have been using online resources, personal networking, and managers and lawyers as a substitute for agents during broadcast staffing season, now underway, and that seems likely to be the mode for the June-August development season as well.

One agency with significant writer clients, 30-agent Verve, has signed the WGA’s new code of conduct that, among other things, prohibits packaging fees and affiliate production, but the four largest agencies have refused, and three mid-tier shops, Paradigm, APA and Gersh, have said they will not do so either. On May 22, the ATA released a memo from its attorneys arguing that the code, although somewhat revised from an earlier iteration, “continues to include a number of concerning provisions, separate and apart from packaging and affiliates,” criticisms which the WGA rejects.

*Headline photo selected by the Watchhhdog