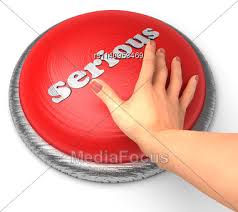 Over a month after the Guild first hit the Big 4 agencies with a lawsuit over packaging, they’ve added a new claim & the ATA is already mocking it Deadline

The WGA’s new agreement with the Verve talent agency “could substantially and negatively affect both writer income and writer privacy” and “should be of serious concern to agencies of all sizes and, more important, their writer clients,” according to a legal analysis by Latham & Watkins, the attorneys for the Association of Talent Agents.

Verve, which is not a member of the ATA, last week became the first major agency to sign the WGA’s Code of Conduct. The Verve agreement is substantially the same as the WGA’s Code of Conduct, which the guild implemented on April 13 when it ordered its members to fire all their agents who refuse to sign the Code. The Verve version of the Code, however, contains several modifications that now will be available to any agencies wishing to sign up.

In a letter sent to her members today, ATA executive director Karen Stuart said: “The WGA is trying to position this modified Code as a ‘negotiated’ agreement, when it is in fact the same unilateral mandate that gives the guild authority to control your agency’s business. This includes limiting your clients’ creative and economic options and requiring agencies to provide clients’ confidential information, among other significant restrictions. The Code is unquestionably not in the best interests of agencies or the writers they represent.”

In their legal analysis, the ATA’s lawyers wrote, “The Verve agreement continues to include a number of concerning provisions, separate and apart from packaging and affiliates.” Packaging fees and agency affiliations with related production entities are banned in both the original Code and the new Verve agreement.

“This is a good agreement for both writers and their agents,” the WGA has said. “We look forward to reaching agreement with other agencies as soon as possible.”

But according to the Latham & Watkins analysis, the Verve agreement “continues to require that an agent’s representation of one writer shall not be ‘influenced by its representation of any other writers.’ On its face, this prohibits agents from pairing writer clients with one another (e.g., showrunner and staff writer) to their mutual benefit.”

The Verve agreement also states that “no agent shall accept a packaging fee, or any other money or thing of value from the employer of a writer, with the exception of gifts or gratuities that are customary and de minimis.”

Latham & Watkins wrote: “This sweeping language bars agencies from representing producers who employ writers. This is confirmed by a new section which bars agencies from representing a producer who employs or purchases literary material from a writer on the project. This means that agencies cannot pair writer clients with producer clients on a given project.”

According to Latham & Watkins, the Verve agreement also “continues to require guild approval to provide film finance and distribution services on all projects over a $20 million budget – effectively giving the guild a veto right over artists’ work.”

Under a “Guild Power Grab” section of their analysis, the ATA lawyers concluded that “the agreement grants the guild authority to ‘specify the terms under which an agent may be delegated to perform certain representational duties.’ The guild will use this concession as grounds to impose whatever terms it wants – similar to the sports context where players’ unions set strict limits on commissions and impose other restrictions.”

The ATA lawyers said that the Verve agreement also contains “unfair arbitration requirements” that mandate “a preselected list of arbitrators who can award damages (including punitive damages), injunctions, declaratory relief, and attorneys’ fees, with no limits on amount. There is no appeal right except for loss of franchise.”

They also assert that the Verve agreement, like the original Code, contains “restrictions which harm writers’ privacy interests” by requiring agents “to disclose all other writers being submitted to a project for employment, even if those submissions are not public. This is a significant intrusion into writers’ privacy. Under the agreement, agents are required to submit both deal terms and signed contracts for writer deals to the Guild, regardless of whether the clients agree.”