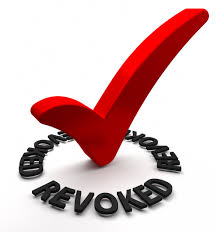 As part of its ongoing investigation into companies representing themselves as employers under the Commercials Contracts, SAG-AFTRA has revoked the signatory status of six “signatory service” entities.

In 2018, the union launched its most recent investigation into signatory service companies amid concerns that many of these entities are merely shell companies and not bona fide employers. The six companies revoked today follow the revocation of EMS, Inc. in 2018.

SAG-AFTRA must have a direct relationship with only bona fide employers to ensure it can enforce the standards established in our contracts. These include a safe work environment, timely and proper payment of wages, health insurance and pension contributions, responsible use of performance, protection against sexual harassment and workplace abuse.

Numerous other signatory service companies remain under heightened review as the union evaluates whether those companies actually serve as real employers.
Members who have worked for any of these six companies should expect continued use payments to be made on active commercials. Additionally, because the letters of adherence signed by these entities permit them to challenge a revocation, members may continue to perform in commercials produced by the aforementioned companies until a Do Not Work Notice is posted. Reach out to the union immediately if you have any questions or issues at auditions, on set, or with session or reuse payments.

Members who have any questions about this issue should contact SAG-AFTRA Executive Director, Commercials Contracts Lori Hunt at (323) 549-6722.
—
Stay tuned!