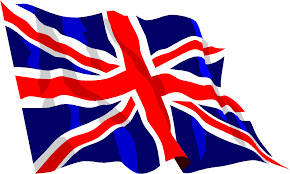 The effects of the WGA and ATA breakup are being felt beyond Hollywood.

Speculation has been growing in UK industry circles about how local agencies might be affected by the mass firing of agents by WGA members in the U.S.

On Friday, WGA West president David A. Goodman wrote to UK WGA members reminding them that their UK agents must adhere to the guild’s Agency Code Of Conduct when it comes to future WGA-covered work.

In an effort to shore up any potential cracks, Goodman said that “in accordance with Working Rule 23, both U.S. and UK-based agencies must sign the Code of Conduct in order to represent you for WGA-covered work.” (Read the letter in full below.)

The message was clear: the WGA’s new regulations extend across borders. Workarounds will not be tolerated. But it’s not yet clear if any UK agencies have signed up to the Code or intend to do so. UK agents are sometimes in the mix on their clients’ U.S. deals but these tend to be effected out of America. Some UK agencies have been keen to grow their packaging footprints and diversify their businesses but on a much smaller scale than in the U.S. Equally, there are different issues at stake in the UK where the established writer/creator can own and control a significant piece of the underlying rights in their series.

One interesting wrinkle concerning UK guild members living in the U.S. is that some are exempt from having to fire their American agent if their U.S. agency has sponsored their visa. There are dozens of high-profile British writers and showrunners working in Hollywood and this could throw up an unusual situation whereby a handful of foreign WGA members could keep their agents while most of their fellow guild members ditch theirs.

As many showrunners and writers post their resignation letters to their agents on Twitter, it’s notable that many of the British and Canadian writers have not.

Tess Morris, the British writer who wrote the Lake Bell and Simon Pegg-fronted feature Man Up and worked on Hulu comedy Casual, voted yes with the WGA but has not fired her agent. “I’m in the complicated situation in that the WGA kindly granted those of us sponsored by our agents a waiver. Because if we leave them, it immediately jeopardizes our immigration status,” she explained on Twitter.

I’m in the complicated situation in that the WGA kindly granted those of us sponsored by our agents a waiver. Because if we leave them, it immediately jeopardizes our immigration status. But I voted YES… and will attempt to hire everybody forthwith #IStandWiththeWGA
92
4:37 PM – Apr 13, 2019
Twitter Ads info and privacy

In most cases, the agencies sponsor writers’ visas but more generally the studios shoulder the responsibility of the right to work in the U.S. so we are still waiting to get more clarity on this from the WGA.

Then there are the foreign writers who work on U.S. shows from their native countries, an increasing number given the opportunities afforded by the rise of the streaming services and the growing number of international scripted co-productions. One top British writer, who does the majority of their work for U.S. outlets from London, told Deadline that they have been told to fire their U.S. agent.

Most agents I spoke to here in the UK don’t expect their workload to change significantly for now. But major question marks will remain the longer the situation is unresolved.

“It depends on the agent,” one London-based rep suggested. “If you do deals on both sides of the pond, then that work load remains consistent, but if you have a counterpart in the U.S. who carries that side of the slate for a client, then it will be a a jolt without it and not easily replaceable.”

Could UK agencies look to add talent to their rosters as writers divest themselves of stateside representation? It’s possible. Even if they’re not looking to work on WGA-covered contracts, agents could pick up some American writers to work on UK or international projects (though tapping up writers might be viewed askance by some U.S. reps). As has been noted, most in-demand writers are already locked into recurring shows or movies.

“It’s all grey at the moment,” another UK rep told me about the situation as it pertains to the UK. “UK agents should keep their heads down and let it play out and not do anything silly. We’ll know more in coming weeks.”

Confusion is definitely a common theme at the moment. “I’m concerned about where it leaves things ahead of renegotiating the MBA next year,” one agent said. “The streamers, and now mega mergers, have irrevocably changed the economics of television and establishing terms that pass muster will take a huge amount of work, collectively. I have seen the agencies take aggressive positions on SVOD precedents, and we’ll need that.”

Here is Goodman’s letter in its entirety:

I met with some of you at the WGAW member meeting in London last October, and we talked about our goal of aligning agencies’ interests with writers. Since then, as the agency negotiations have heated up, we’ve sent communications Guild-wide that I hope you’ve all received, and we’ve had some individual interactions with many of you.

I write today to clarify Working Rule 23 implementation rules for those of you who live and/or work in the UK and are represented by talent agencies. As you are aware, if there isn’t a negotiated agreement in place the WGA is implementing an Agency Code of Conduct on April 13, 2019.

In accordance with Working Rule 23, both U.S. and UK-based agencies must sign the Code of Conduct in order to represent you for WGA-covered work.

You may, however, continue to be represented by an unsigned agency for any work not covered by the WGA.

Peter White contributed to this report.