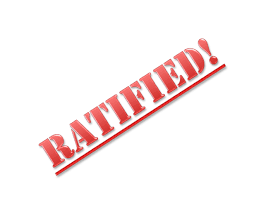 SAG-AFTRA members have ratified a three-year successor deal to the union’s contract with the major record labels with more than 99% support.

Additionally, the new contract increases the foreign traditional use conversion fee for most licenses from 3% to 4% with “substantially” increased minimum and maximum payments. The union also said the deal increases the maximum health and retirement contribution for groups of six or more and streamlines the licensing and performer payment processes for foreign licenses.

SAG-AFTRA President Gabrielle Carteris said, “I want to thank the negotiating committee particularly its chair, National Vice President Recording Artists/Singers Dan Navarro, for their hard work and congratulate the membership for recognizing the value of this contract. The negotiating committee’s vision, coupled with the support of our membership, is what has allowed us to secure meaningful gains, not only for today’s members, but for future SAG-AFTRA artists as well.”

Negotiations began in April — three months after expiration of the prior deal — in Los Angeles and continued for two additional sessions over the summer in New York City before concluding on Oct. 18. The SAG-AFTRA National Board unanimously approved the tentative agreement at its Oct. 20 meeting.

The pact covers session singers, royalty artists, announcers, actors, comedians, narrators, and sound effects artists for recordings in all new and traditional media and all music formats, along with audiobooks, comedy albums, and cast albums.