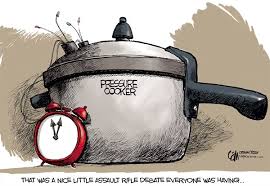 The Writers Guild of America West has launched a campaign to urge its members to report companies when they are paid late and asked to work for free.

The guild introduced the WGAW Start Button program on its website, enabling members to inform the guild when writers begin working on a step and when the draft is scheduled to be submitted; allow for follow-up when payment for writing should be due; and give writers the opportunity to request assistance and advice if paid late or asked for free work.

“We’ve received a lot of member complaints about being asked to do free work and being paid late,” said WGA West spokesman Neal Sacharow.

The Start Button program asks members to tell the WGA West the commencement date, anticipated delivery date, and actual delivery date — and will send reminder emails to see if the appropriate payments have been received.

“For example, if you enter a Commencement Date but don’t enter a related Commencement Payment Date within 2 weeks, Start Button will send you a reminder email,” the guild notes. “Ditto if the Anticipated Delivery Date passes.”

The program also asks members to tell WGA staff if they are not paid by filling out an incident report. “You will then be contacted by the Late Pay team to find out more about the situation,” it notes.

If a member is asked to perform unpaid work, they will be asked “Would you like Guild staff to follow up with you?”

The launch of the Start Button campaign comes on the heels of the Oct. 23 introduction of the WGA West’s “No Writing Left Behind” educational campaign to urge its members not to work for free. The WGA West said at that point that a recent survey showed screenwriters reported that after initial meetings, they were frequently being asked by producers and executives to leave behind or submit via email written materials — a practice known as “prewriting.”

“Prewriting is essentially free work prior to employment and the push by producers and executives to have it submitted was cited in the survey as one of the most pressing issues screenwriters are facing,” the guild said at the time.

The Los Angeles-based WGA West, which has about 9,000 members, negotiates its master contract with the New York-based WGA East. The guild reached a three-year successor deal in May, 2017, an hour before the contract expired, with the key issues focused on compensation structure for short-order TV series and boosting the health plan. The WGA and the Alliance of Motion Picture and Television Producers will probably not launch negotiations on a new contract until early 2020.

So WGA members are you steamed?