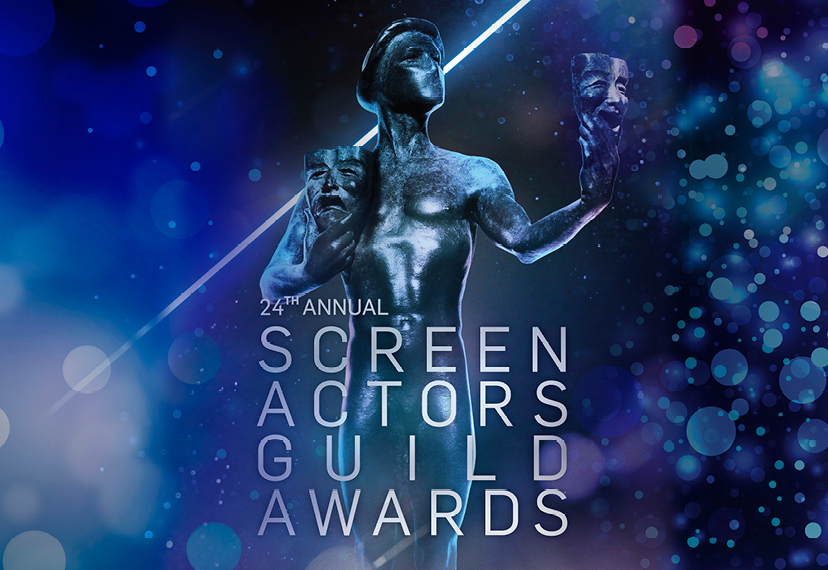 LOS ANGELES (January 18, 2018) – Balloting for this year’s Actor® recipients will close Friday, January 19 at noon (PT). The 24th Annual Screen Actors Guild Awards®, hosted by Kristen Bell, will be simulcast live on TNT and TBS on Sunday, January. 21, 2018 at 8 p.m. ET/ 5 p.m. PT.
Nominees for the 24th Annual Screen Actors Guild Awards® for outstanding individual, cast and ensemble performances in film and television of 2017, as well as the honorees for outstanding action performances by film and television stunt ensembles, were announced by Olivia Munn (X-Men: Apocalypse, The Predator) and Niecy Nash (Claws, The Soul Man) on December 13.

Two nominating panels — one for television and one for film — each composed of 2,500 randomly selected union members from across the United States, chose this year’s nominees. Final voting information was sent to the 121,544 SAG-AFTRA members in good standing across the country. All votes must be received at Integrity Voting Systems by noon on Friday, Jan. 19. Results will be tallied and sealed until the envelopes are opened by the presenters live onstage at the 24th Annual Screen Actors Guild Awards ceremony on Jan. 21, 2018.

Prior to the televised ceremony, the honorees for outstanding action performances by film and television stunt ensembles will be announced during the SAG Awards Red Carpet Pre-Show webcast.

One of the awards season’s premier events, the SAG Awards annually celebrates the outstanding motion pictures and television performances from the previous calendar year. Of the top industry honors presented to actors, only the SAG Awards are selected entirely by performers’ peers in SAG-AFTRA. The SAG Awards was the first televised awards show to acknowledge the work of union members and the first to present awards to motion picture casts and television ensembles.