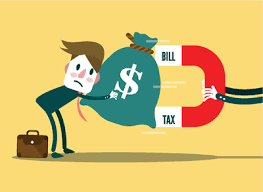 Congressional Republicans agreed on a new tax bill Wednesday that, like the Senate and House bills that preceded it, eliminates middle-class tax deductions for agent and manager commissions, union dues, training classes and other business expenses, while preserving deductibility of those items and more for top-earning talent, who typically use a mechanism called loan-out corporations, which are unaffected by the proposed change.

As a result, some working actors would see their taxes almost quadruple, according to an analysis by the stage actors union Actors’ Equity. The new bill appears to be regressive: the poor suffer the worst increases, the middle-class gets hit hard, and the wealthy benefit from tax cuts.

The same effect will hit writers, directors and screen and television actors. Producers could be affected too, as well as below-the-line workers with agents or other significant business expenses.

“These draconian changes are mean,” said Equity secretary-treasurer Sandra Karas, who also is a practicing tax lawyer and has prepared by her own estimate hundreds, probably thousands of entertainers’ tax returns. “They slap working people in the face … performers get the shaft.”

“I guess that’s the purpose,” she added during an interview several days ago. “It will change the math on how long people can stay in the industry.”

Since both bills contained provisions with a reverse Robin Hood effect — take from the working- and middle-class and give to the wealthy — it’s unsurprising that the final bill does indeed eliminate these deductions for working and middle-class actors, writers, directors and crew. President Donald Trump is eagerly awaiting a bill and is expected to sign it if it passes, which is expected.

Equity called the Senate and House bills a “disaster” in a letter last week urging members to contact their representatives.

The new Republican/Trump tax law would take effect starting Jan. 1, 2018, meaning that many voters may not notice its effect until tax filing in April 2019 — a date that is well after the fall 2018 midterm elections, perhaps insulating Congressional Republicans from constituent anger.

Both bills also sharply limit deductions for state and local income and property taxes, referred to as SALT, another change that will have disproportionate impact on entertainment workers, many of whom live in three of the highest-tax jurisdictions, California, New York State and New York City (which imposes a local tax).

In addition, the new bill repeals the Obamacare mandate. That repeal could undermine the Affordable Care Act, which some entertainment workers rely on for health insurance when they don’t meet minimum earning thresholds for union insurance. Those on Medicare can’t rest any easier: Republican leaders have already stated that they will use the deficits generated by their new tax bill as justification for cutting Medicare, Medicaid and possibly Social Security.

“This bill is not policy, it’s payback,” said California Association of Realtors chief economist Leslie Appleton-Young, who has been monitoring and analyzing the legislation.

The new tax plans do increase the standard deduction on IRS Form 1040 by $5,650, but they eliminate the personal exemption, a $4,050 deduction for single individuals with no dependents (and even more for others). That’s a net increased deduction against income for some filers of just $1,600 (and a net decrease for others). That translates to a typical tax savings of about $150 to $400 for unmarried filers who don’t itemize their deductions.

But because of their high expenses, working- and middle-class entertainers do itemize, and for them the tax bill does indeed look to be a disaster. They lose the personal exemption(s) and the deductibility of business expenses and SALT, and don’t benefit from the increased standard deduction.

Karas ran four before and after example 1040s using real 2016 returns (with personal information redacted) and provided them to The Hollywood Reporter exclusively. It showed that the middle-class is expected to suffer hefty increases under the new legislation, and that the poor will get soaked even worse:

Drilling down: Both the new bill altogether eliminates the deductibility of ordinary and necessary unreimbursed employee business expenses, which are currently reportable on Form 2106, and the House bill also discards a “qualified performing artist” deduction for workers (not just actors) employed in the entertainment industry. The latter was a 1986 victory for Equity, SAG and AFTRA but is today little used due to a $16,000 ceiling on qualifying earnings that was never indexed for inflation.

“Legislators should be updating the QPA for a modern standard of living, not eliminating it,” said SAG-AFTRA in a statement to THR. The new bill does retain QPA, but doesn’t increase the ceiling, making the provision useless for many.

The QPA deduction is taken via Form 2106 directly onto Form 1040 regardless of whether one itemizes. For those at higher earning levels than the ceiling, the Form 2106 (under current law) instead flows through to the itemized deductions form, Schedule A, which subjects unreimbursed employee business expenses to a floor equal to 2 percent of adjusted gross income below which expenses are not deductible. Schedule A then flows to the 1040.

That 2 percent AGI threshold means that many employees in industries outside entertainment will probably not be affected by the loss of the Form 2106 deduction, because their unreimbursed business expenses, if any, will fail to exceed that floor. Indeed, IRS statistics indicate that only about 4 percent of the approximately 150 million personal returns filed annually have unreimbursed business expenses (other than travel, meals and entertainment) whether via QPA or Schedule A.

However, entertainers are different, because they live like freelancers, always searching for their next gig, but are paid as employees. It’s the worst of both possible worlds.

Above-the-line workers and some crew have significant expenses, including for agents (10 percent of income), union dues (around 2 percent, depending on the union), talent managers (typically 10 percent or 15 percent) and attorneys (5 percent if on a percentage basis). Then there are training classes ($1,000 to $5,000 per year is typical for actors, according to Equity’s Karas), travel to local and out-of-town auditions (one to several thousand dollars per year), theater tickets ($1,000 or more per year), accountants or business managers, and items such as headshots, reels, websites and supplies (another $1,000 or more per year).

Loan-Outs and Independent Contractors Are Unaffected

Those business expenses add up to roughly 20 percent to 35 percent of a worker’s income, and none of it will be deductible any more – except for the wealthy. That’s because they use loan-out corporations when they contract with a producer, and such corporations are unaffected by the new changes. But what is a loan-out corporation?

Even under current tax law, this has many advantages for high earners, and under the new law the advantages only multiply: loan-outs are usually so-called S corporations, “although some old school business managers still prefer the C corporation,” said CPA Evan Jehle. In either case, they file a corporate tax return, on Form 1120S or Form 1120, neither of which are affected by the tax bill provisions targeting unreimbursed employee business expenses. And, the 2 percent floor does not apply when corporations, including loan-outs, deduct business expenses.

But while many pass-through entities such as S corps enjoy new, lower rates under the new legislation, entertainment industry loan-outs structured as pass-throughs will not, according to Robin Gilden, a tax lawyer at Mitchell Silberbeg & Knupp, because pass-throughs in the performing arts or whose main asset is a person’s reputation are specifically excluded from the new rates.

No Easy Solution for the Middle Class

Playwrights, incidentally, are usually independent contractors rather than employees, so their income and expenses show up on a different tax form, Schedule C, which is also unaffected by the new tax bill provisions.

Does that mean every writer, director or actor should become an independent contractor? It’s not that easy. The employers would have to agree, and most probably wouldn’t, due to the possibility that the IRS would find this to be misclassification. Also, independent contractors can’t unionize. The entire structure of wages, residuals and benefits for working- and middle-class actors, directors and screen and television writers would collapse.

So perhaps every worker should set up a loan-out? That’s not a simple decision either, because loan-outs come with costs. The loan-out has to pay both the employer’s and employee’s side of Social Security and related taxes, meaning an additional tax bite of about 7 percent of income up to about $127,000. And, maintaining corporate documents and filing taxes for loan-outs requires the expertise of specialized lawyers and accountants, which can cost as much as $5,000 per year according to Frances Ellington, senior tax manager at accountancy Green Hasson Janks, or even as much as $10,000, said Jehle. First year costs are higher, due to setup expenses.

All of this makes loan-outs economical today primarily for those earning more than a certain amount, variously estimated at $75,000, $100,000 or $150,000 by Gilden, Ellington, Jehle and entertainment lawyers Rabeh Soofi and Danny Jiminian.

The new legislation may lower the trade-off point, but setting up and maintaining a loan-out is complex and involves many tasks. “If these items are not done correctly, on-time, and at the proper frequencies, it will generate significant penalties by the labor commission [and] create audit risks and a plethora of back-taxes owed on improperly-paid income,” said Soofi.

In addition, employers may balk, since loan-outs introduce additional complexity and expense for them too. True, studios, production companies and even theaters are willing to shoulder that complexity and expense as part of the price of obtaining a star writer, director or actor, but they may be less willing to do so for those lower in the pecking order, even though the employer does save the cost of paying Social Security taxes. It’s just one uncertainty among many introduced by the tax bill, but it will loom large starting Jan. 1. (The current union agreements, which are in effect until mid-2020, don’t require studios and production companies to permit loan-outs.)

Said Soofi, “The possibility of being saddled with new tax liabilities, while large corporations are given the largest tax breaks in nearly 100 years, could prove to be simply [too] much for vulnerable members of the entertainment community to handle.”

Although  Taxiing  I thought you might find the above of interest.

Facebook Comments
AMPTP and Hollywood’s Unions Were “Ahead Of The Curve” Before Weinstein Sex Scandal, Producers’ Rep Says Happy Holidays to All