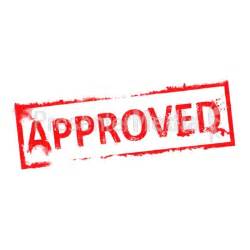 The WGA’s new film and TV contract was approved tonight in Los Angeles by the board of the WGA West and in New York by the council of the WGA East. It now goes to the guilds’ members for final ratification, which is all but guaranteed.

There was lots of backslapping at tonight’s meetings and praise for the writers’ negotiating committee – which worked for free – and for the guilds’ chief negotiator, WGA West executive director David Young.

A deal on the new pact, which averted a threatened strike, was reached early Tuesday morning after weeks of on-again-off-again negotiations, and about an hour after the midnight expiration of the old contract.

The agreement with management’s AMPTP calls for across the board increases in guild minimums and tens of millions of dollars in additional employer contributions to the WGA’s ailing health plan, which guild leaders say “should ensure its solvency for years to come.”

One of the guilds’ major goals going into the talks was to hammer out a new pay formula for short-order TV shows – seasons of 10-13 episodes that have come to dominate the industry – that pay for only half of a traditional full season even though they usually take their writers off the market for a full year. To address this problem, the guilds won new provisions further expanding protections known as options and exclusivity, and new contract language that established an episodic fee for each 2.4 weeks of work. Any writing beyond that span will now require additional payments for hundreds of writer-producers, whose pay has been in decline in recent years.

The new contract also calls for a 15% increase in Pay TV residuals; some $15 million in increases in high-budget SVOD residuals; job protection for parental leave; and, for the first time ever, residuals for comedy-variety writers working on Pay TV shows.

The deal was made possible by a 96.3% vote of the guilds’ members to authorize a strike if the contract talks failed to produce a fair deal.

In a statement to their members issued shortly after the agreement was reached, guild leaders said: “Did we get everything we wanted? No. Everything we deserve? Certainly not. But because we had the near-unanimous backing of you and your fellow writers, we were able to achieve a deal that will net this guild’s members $130 million more, over the life of the contract, than the pattern we were expected to accept.”