SAG-AFTRA Extras Squeezed Out Of Health & Pension Plans As Their Annual Earnings Continue To Plunge! 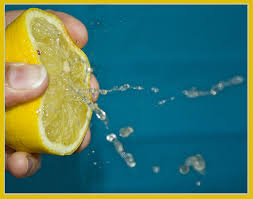 With negotiations for a new set of SAG-AFTRA film and TV contracts set to begin May 5, the plight of the unions’ lowest-paid members is coming to light. Data obtained by Deadline shows that earnings for SAG’s film and TV extras have been in a steep decline during the past 10 years, leaving fewer and fewer of them eligible for SAG’s basic health plan. Data collected by the SAG Pension and Health Plans shows that during the past decade, the number of SAG members who have qualified for SAG health benefits based on their earnings from extra work alone has plummeted by more than 67%, down from 2,782 in 2003 to only 905 in 2011, the most recent year for which those numbers have been made available (see chart 1).

The numbers began their precipitous plunge in 2004, when the SAG Pension and Health Plans raised the earnings needed to qualify for basic health coverage from $7,500 a year to $11,000, an increase of nearly 50%. They plunged again in 2011 when the earnings requirement was raised to $14,800 – nearly double what it had been only eight years earlier. In 2004, the number of extras who qualified for SAG health benefits based on their earnings as extras alone fell by 33%, an indication that increases in eligibility hurts the lowest earners the most. The numbers slid again in 2005 then stabilized for the next two years. The slide resumed in 2008, when AFTRA started signing more TV producers to its contract, touching off a bitter feud that only ended when the two unions merged in 2010.

Meanwhile, the number of SAG members who have picked up extra work on SAG-covered TV shows also has plummeted in recent years, falling from 14,382 in 2003 to 10,406 in 2011 – a 28% decline that gained momentum when AFTRA began invading SAG’s TV jurisdiction (see chart 2) Under SAG-AFTRA’s network television contracts, producers only have to pay union wages — $148 a day for SAG and 3% more for AFTRA – to the first 21 extras and one stand-in hired on the West Coast, and to the first 25 extras plus all stand-ins on the East Coast. After that, they can employ as many nonunion extras at minimum wage as they like. Increasing these numbers in the next contract would help many more union extras qualify for union pension and health benefits.

Even though SAG and AFTRA merged in 2012, they still haven’t merged their contracts or their pension and health plans. Having two different contracts covering TV extras – one SAG and the other AFTRA – didn’t double an extra’s chance of qualifying for health benefits; if anything, it cut in it in half. An extra who makes $9,000 a year under one contract and $9,000 under another doesn’t qualify for either, and the employer’s pension and health contributions on those earnings go to benefit someone else. Even after the merger, there are still two TV contracts, and two separate pension and health plans.

Union extras also are seeing fewer job opportunities in feature films. From 2001-07, SAG members with background earnings held steady at about 14,000 a year. In 2008, those numbers too began a downturn, falling 22% from 14,145 that year to 10,997 in 2011. On feature films, producers must pay union wages to the first 57 extras hired on the West Coast and to the first 85 hired on the East Coast, plus all stand-ins – but only if the project is being shot in one of the so-called Background Zones: within a radius of 75 miles of downtown LA; 25 miles from downtown San Francisco and Sacramento; 15 miles from downtown Las Vegas; the city limits of San Diego; the entire state of Hawaii; and a 300-mile radius from Columbus Circle in New York City, which includes Boston, Philadelphia, Baltimore and Washington, D.C.

Features shot anywhere else in the country don’t have to hire any union extras at all, which, coupled with regional tax incentives, is one more reason so many productions are being shot outside of Los Angeles and New York. Expanding the Background Zones – or expanding SAG’s jurisdiction over extras nationwide – not only would give more work to union extras but remove an incentive for producers to run away and film in such places as Georgia, Louisiana and Texas.

Improving the lot of extras should be a concern of producers, as well. After all, it’s in their best interest to maintain a cadre of professional, experienced extras who know what’s expected of them, show up to work on time, don’t take cell phone photos of the stars and post them on social media or sell them to the tabloids and don’t ruin a shot by looking into the camera during filming. And who knows — the next big star might come from the ranks of extras, as did Brad Pitt, Bruce Willis, Channing Tatum, Ben Affleck, Matt Damon, Clint Eastwood, Sylvester Stallone, Renee Zellweger, Jackie Chan, Marilyn Monroe, James Dean, John Wayne and Clark Gable, to name but a few.

Hmmm….so it seems our ever compliant USAN/UFS leadership has sacrificed more than a few Extras to our employers!!!!